If you’re looking for a new way to play pool with your friends, there are plenty of other billiards games to try out.

We’re all familiar with the standard games of pool such as 8-ball and 9-ball. These are the go-to games for most pool players.

While we love these traditional American billiards games, eventually they can get a little boring. And that’s when it’s time to try something new.

Trying out some new games of pool can keep things interesting, sharpen your skills and even get more players involved.

And, fortunately, there are dozens of well-known (and some lesser known) alternatives to 8-ball and 9-ball that can make the game more fun or more challenging.

Read on to learn about 7 fun and unique billiards games to play with your friends. 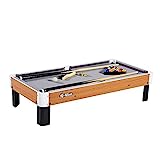 Cutthroat is a fun billiards game to play with groups.

The basic idea is that you each claim a group of numbered balls at the start of the game.

For example, if playing with three players, you would divide groups as follows:

The groups are determined after the break.

After you make your first shot, you can claim a group. You would choose a group with the least (if any) balls pocketed.

If you pocket an opponent’s ball, you keep shooting until you scratch or commit a foul.

Players are eliminated when all their balls have been pocketed. And the winner is the last player with any balls remaining on the table.

Cutthroat can be a fun and competitive billiards game for groups of 3 and 5.

Check out this post for a full explanation of how to play cutthroat pool. 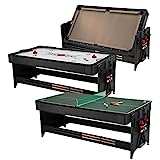 One Pocket is a pool game where only TWO pockets are used for scoring (one for each player).

These are the two foot corner pockets (at the end of the table).

Player A chooses one of the corner pockets. Player B gets the other pocket, opposite corner.

Your corner pocket is your target pocket and any object ball you aim for must end up in that pocket.

The goal is to score a total of eight object balls in your target pocket before your opponent, for a total of 8 points.

This game can be played with 2 players or teams of two.

And this billiards game requires a lot of skill and accuracy.

Related: Your road map to learning how to play pool…

For example, if you hit a non-target pocket (i.e. any pocket other than your assigned corner pocket), the ball will be spotted and your opponent is up.

This is a great way to practice your creativity with challenging shots.

Learn more about how to play One Pocket billiards.

7-Ball is a rotation pool game that is similar to 9-ball, but with a few unique rules.

First, the balls are racked in a hexagonal formation.

The hexagonal rack can be done within a standard 9 ball diamond rack, or with a special (and somewhat rare) hexagonal 7 ball rack.

The 7 ball should be placed in the middle, with the remaining numbers placed in order around the 7 ball.

The 1 ball is placed at the apex (top) of the rack.

Following the break, your opponent will choose three pockets along either the right or left long rail of the table.

The player who broke then gets the three pockets on the opposite long rail.

Once you have your target pockets, you must try to sink the lowest ball in order in any of your assigned pockets.

The same rules as 9-ball otherwise apply. So, you must hit your object ball (lowest number) first. And if you scratch on the 7-ball, it’s a loss. 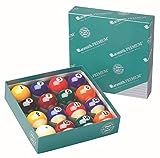 The billiards game of 15-ball can be played a couple different ways on a pool table.

First, there is the basic option of playing it just like 9-ball.

The difference is that you play with all 15 balls. You would otherwise follow the basic rules of 9-ball.

For example, you must hit the lowest numbered ball first.

And the player to sink the 15-ball on a legal called shot would win.

Another fun way to play this game is to play with points. This is the standard American Rotation format.

Rotation is a unique game because it requires you to hit the lowest numbered ball on the table AND is based on how many points you score.

This game uses the standard set of balls (1-15) plus the cue.

The balls are racked so the 15 is in the middle, the 1 ball is at the apex of the rack, 2-ball in the right rear corner and 3-ball is in the left rear corner.

Fifteen Ball Rotation can be played with 2 or more players.

Before the start of the game you should determine the number of points that you are playing to.

For example, you may decide that the first player to reach 150 points wins.

The player who breaks gets the next shot ball in hand. Then you simply try to score as many points as possible. Again, the lowest number must be pocketed in order.

And all shots must be called.

There are some unique rules and strategies that apply in 15 ball rotation.

For example, if it looks like your opponent left you with an impossible shot after his miss, you can opt to have him shoot the next one too. 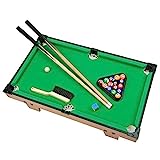 Want to add some real challenge to the game?

Try playing bank pool, where every legally pocketed shot must first bank off at least one cushion before being pocketed.

This game is based on points, with 1 point for each legally pocketed ball.

Each ball must be cleanly banked. That means it cannot touch another ball before entering the pocket.

Plus, if you sink another ball after pocketing the object ball, that other ball will not count.

Only the object ball is credited as a point for the shooter. And all balls and pockets must be called to count as a legal shot.

If you commit a foul in bank pool (i.e. you did not make a clean bank or did not call that pocket), you must pay the table a ball. And any balls sunk on the foul stroke must be spotted.

As you can see, this billiards game takes a lot of skill and patience.

Bank pool can be played with 2 players or teams of two. Balls in play include 1-15 plus the cue ball.

Learn more about the rules of bank pool here.

Baseball Billiards is a unique game with a long history.

The general idea is that each player gets 9 innings to score as many points as possible.

You score points in each inning by knocking in as many balls as possible before missing or scratching.

This game is traditionally played with a rack of 21 balls.

Because of the extra ball count, bars and organizations that feature this game actually provide additional sets of balls numbered 16 – 21 and larger triangle racks (check out this rare full 21 ball set for an example.)

Of course, most of us do not have 21 balls to use, so you can just use the standard set of 15 billaird balls in most cases.

Each ball counts for its numerical face value. All balls must be called in their intended pocket.

If other balls are also pocketed on a successful shot, those will also count as points.

If you missed the called shot but pocketed other balls, they should be spotted.

Each player gets to shoot for 9 innings. An inning is just your run at the balls on the table.

For example, after the break, you call and make the 7-ball and then the 12. If you miss the next shot, that’s the end of the inning.

Record your score and then immediately start the next inning. After you shoot for 9 innings, it’s the next payer’s turn.

Baseball billiards is a great game when you have some time to kill. It also a fun one for new pool players to get their feet wet..

Learn more about the rules of baseball billiards. 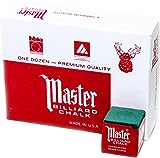 Our final entry on this list of less common billiards games is the game of Bowlliards.

Bowlliards is played and scored just like 10-pin bowling.

You rack 10 balls in a triangle, and each player gets 2 innings per frame.

You start each frame by breaking. Any balls pocketed or scratched should be spotted. Then you try to hit as many balls as possible in any order.

Each shot should be called. Once you miss or scratch, you take another turn for the second inning.

If you make all 10 balls in the first inning, it is a strike. If you make all the balls on the second try, it would be a spare. If there are still balls left on the table after 2 innings, you would just total your points for that frame.

Each ball is worth 1 point. And you play a total of 10 frames. The player with the most points after 10 frames wins.

For more information about Bowlliards, check out this resource.

That wraps up our list of some fun and different billiards games you can try out.

But we know there many more pool games that we left off this list. Some new ones and plenty of traditional formats played in billiards parlors for centuries.

We’ll be exploring some of the more historic aspects of these games in an upcoming post.

But, in the meantime, if you know of some other billiards games to try out when 8-ball or 9-ball gets a little stale, please let us know!

And if you really want to test your skills, check out our guide to straight pool. 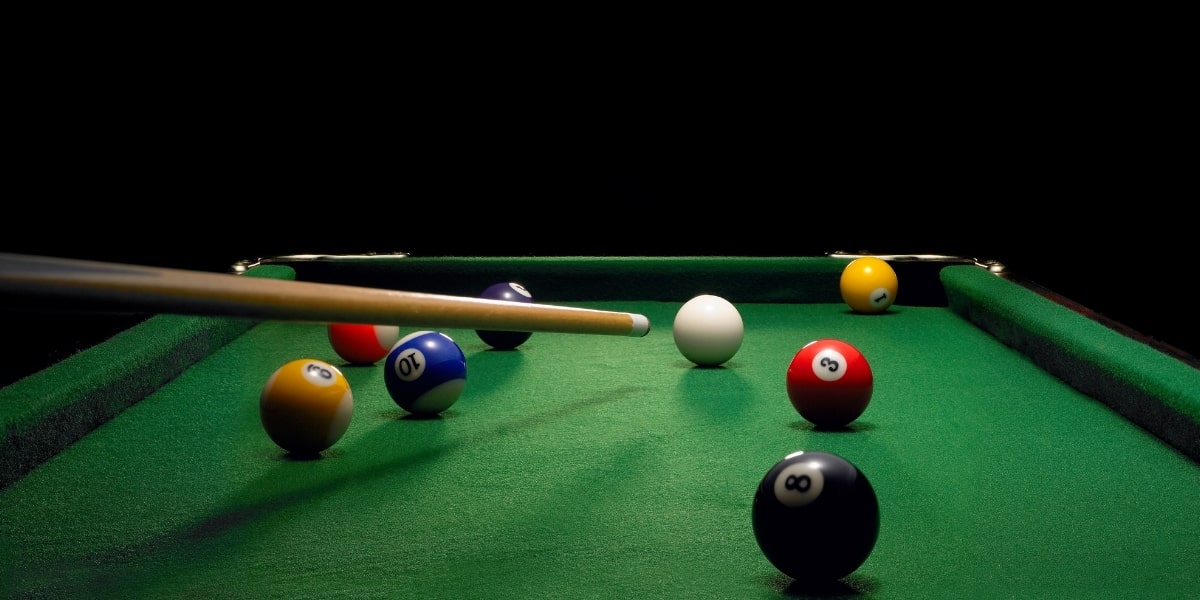 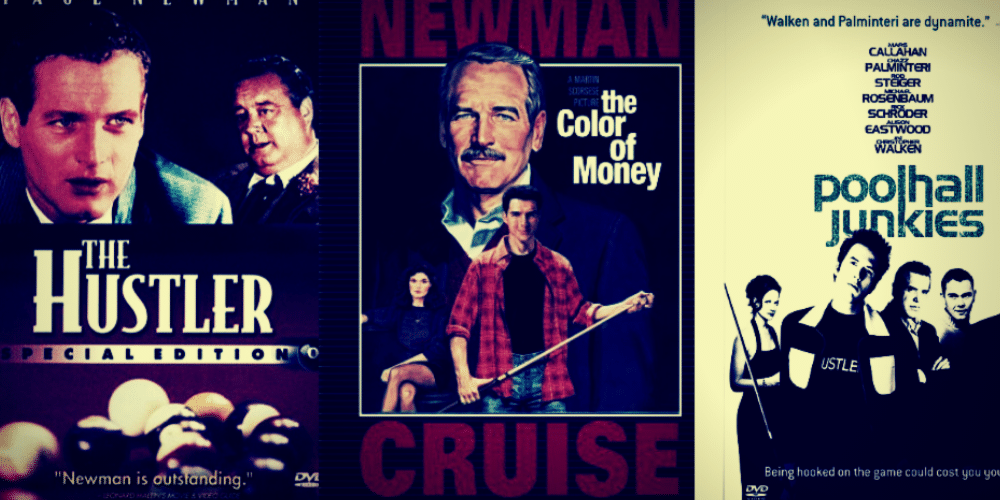 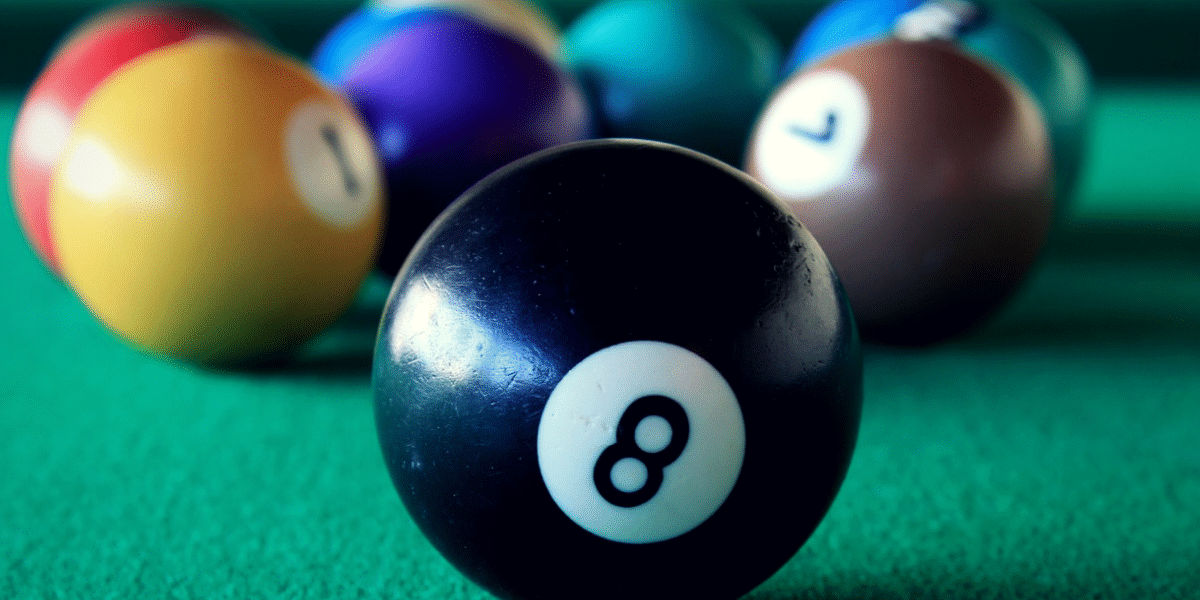