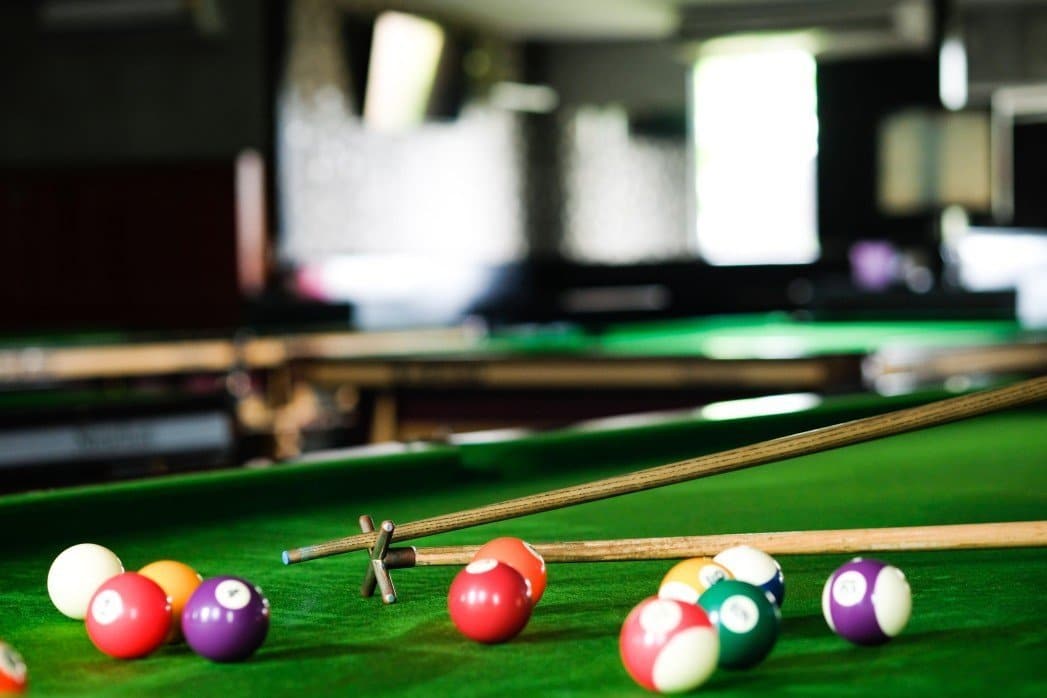 Snooker, pool, and billiards are just different names for the same game, right?

Although many people believe all three of these games are the same, or at least just slight variations, of the same game, they are not.

Snooker, pool, and billiards are distinctive onto themselves. 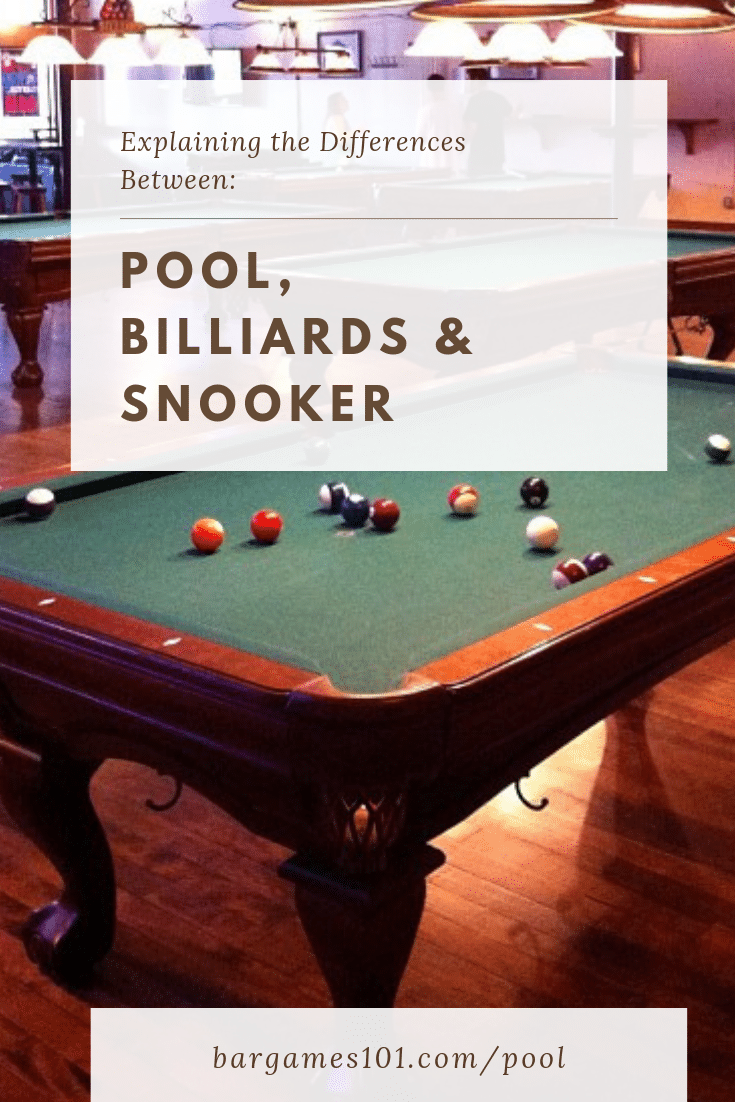 This means that they not only have their own set of rules but also use entirely different equipment for play.

This article aims to clear up the most common misconceptions about these games and to provide a broad overview of each one in order to give you a clearer understanding of how they differ.

First, here’s a quick summary of the key differences.

What the difference between snooker, billiards and pool?

Snooker vs Pool vs Billiards

Why All the Misunderstanding?

While snooker, pool, and billiards are all considered cue games and share a common history, they are very different from one another.

Skill games using sticks to move balls on a table have a long tradition stretching back to at least the 14th century.

Frustrated that they were unable to play popular outdoor croquet-type lawn games throughout the year, nobles began to move these games indoors and play miniature versions on specially designed tables. 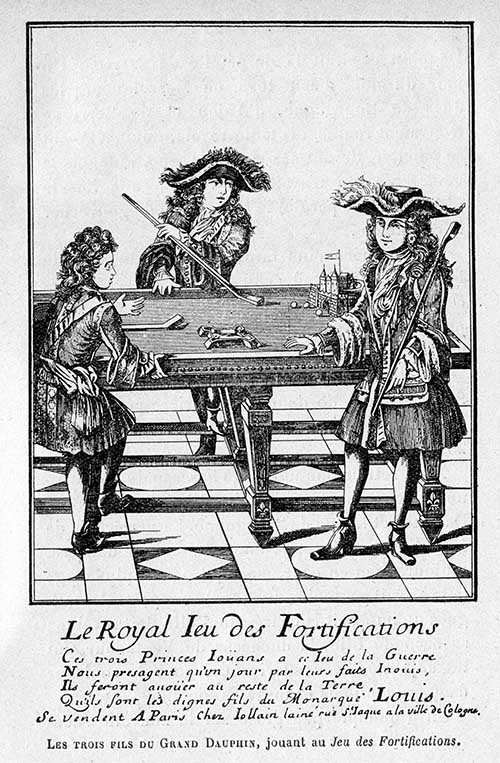 Of course, those original games such as The Royal Game of Fortifications are long since forgotten and bear little resemblance to any current cue game.

The cause for the confusion among modern cue games is, as is so often the case, due to time and place.

But when pocket billiards hopped the pond to the US, Americans re-branded the game as “pool”, and people really started to become confused.

Let’s take a closer look at each of these cue games to see how they are the same and different from one another.

The objective of snooker is to score the most points by the end of each game, called frames.

There are fifteen red balls, each of which are worth a single point each.

Then there are six other uniquely colored balls worth a varying number of points:

The yellow ball is worth two points, the green ball is three points, the brown is four, five points for the blue one, six for pink, and sinking the black ball gives the player seven points.

After the first player breaks, players take turns trying to pocket the balls to earn points.

Players must alternate pocketing a red ball and then a different color ball. If a player falls to sink a ball, he loses his turn.

All red balls remain in the pockets, but all non-red balls are replaced on the table.

The frame is over once all the red balls sunk, or if one player earned an overwhelming number of points preventing the opponent from catching up.

Players usually play a fixed number of frames to determine the overall winner.

The largest differences between snooker and the other cue games is the scoring system that designates individual balls with different values, as well as the size of the table.

However, snooker balls are the smallest of the three types of cue games.

For a much more detailed look at how to play snooker, you can check out the World Professional Billiards & Snooker Association official rules. 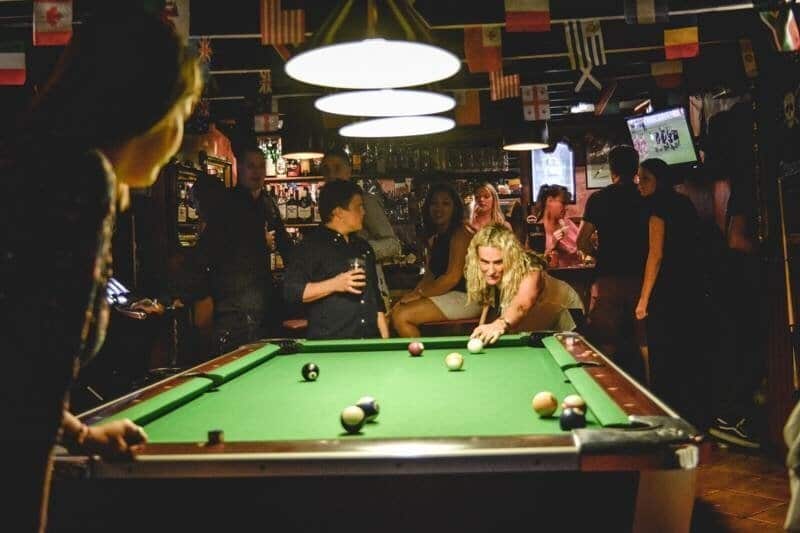 A pool table is what most Americans automatically think of when they hear the word “billiards.”

As mentioned above, pool tables outside of America are widely known as “pocket billiard” tables.

In fact, there is no game which is actually called “pool”, and the common nickname refers to the popularity of using pocket billiards for gambling for ‘pools’ of money.

Instead, there are many various cue games which people can play on a pool table.

Each of these games has its own rules.

Some of the most popular of these games are Straight Pool, Solids and Stripes, Eight Ball, Nine Ball, Cutthroat, Bank Ball, and One Pocket.

Pool tables are much smaller than snooker tables with wider pockets and larger balls.

While most snooker tables use nets under the pockets to collect the balls, the majority of pool tables (but not all of course), use a return system which became a necessity when the tables became popular in a commercial setting.

Like pool, the name billiards does not refer to a particular game, but a type of table which people can use to play several different cue games.

The most popular of these games is called Three Cushion Billiards.

Three Cushion Billiards is extremely popular outside the US, and in particular in Asian countries.

Therefore, the objective of all billiard games is quite a bit different from other cue games.

Scoring in billiard games depends on striking objects such as balls or cushions in a particular order or a specific number of times.

Another unique feature of a billiards table is that the slate surface is slightly heated to increase the speed of the balls which are larger and heavier than snooker or pool balls.

Since Three Cushion Billiards is by far the most well-known and widely played version of the game, it is worthwhile to know the basics.

In Three Cushion Billiards, commonly known as Carom Billiards, only three balls are used for play. A red target ball, a yellow cue ball, and a white cue ball. Each player chooses either the yellow or white cue ball to strike throughout the game.

The goal of Three Cushion Billiards is to be the first player to reach an agreed number of points first.

Players score one point every time they strike there cue ball and hit the cushion three times and both balls in any order. If the shooting player fails to score a point, it is the other opponent’s turn.

Whether your favorite game is Solids and Stripes, Snooker, or Three Cushion Billiard, rack ’em up; it’s time to play!