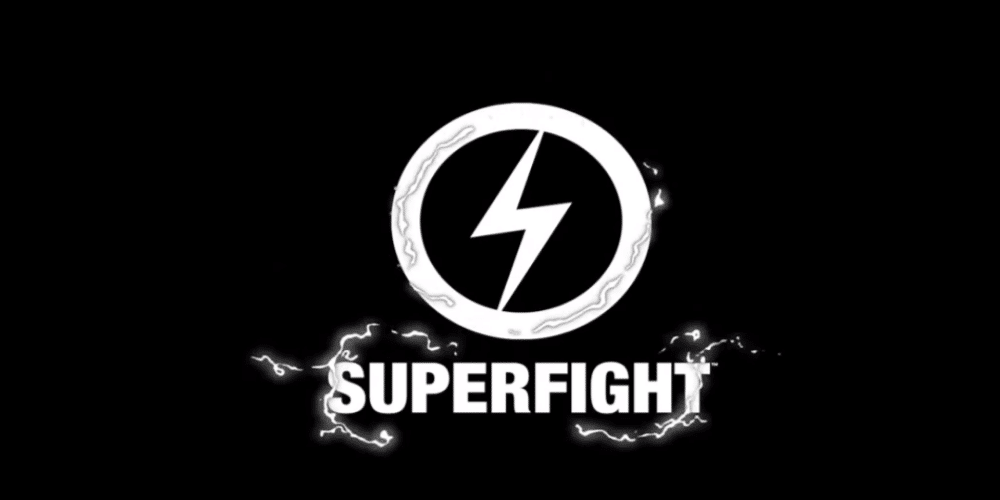 Defined as a game about “superpowers and super problems,” Superfight is probably one of the best-known card games in circulation today.

If you haven’t heard of it yet, we’re going to assume you’ve been living under a rock, because it seems like this high-octane “what if” game is on everyone’s lips. 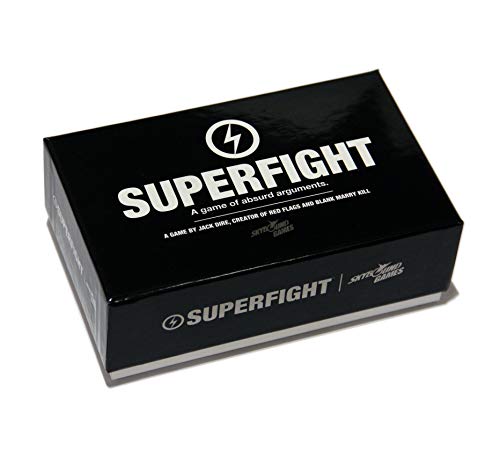 If you’re looking for an adult card game to replace Cards Against Humanity after you’ve played it way too many times, or you want something a little more PG than CAH, this could be the game for you.

That’s not to say that Superfight is necessarily the kind of game that you want to play with your boss, your parents, or your children, however.

Superfight is an argumentative card game that’s designed to get multiple players shouting and screaming at each other over the course of an evening.

The goal of this game is to create the best possible fighter you can from a range of cards that you draw.

After that, you simply put the fighter you create to the test in a battle against your friends.

Let’s take a closer look at the Superfight rules and gameplay. 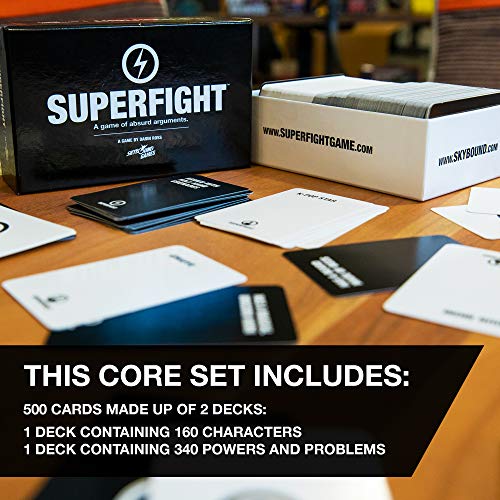 Superfight is a card game that comes in a small box, similar to Cards Against Humanity.

In the box, you’ll find:

To get started, you’ll need to separate your character cards from your attributes and place them into separate piles. 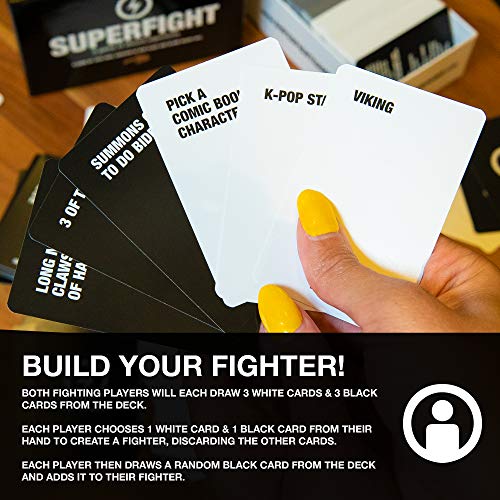 Each player can look at their own cards but shouldn’t let anyone else see them.

The player to the youngest person’s left goes next, and so on until everyone has a selection of cards.

When you’re ready to start a round, the first two players will draw a white card and black card from their hand to create a fighter, placing their superhero (or villain), face down in the center of the ring.

During the “Superfight” segment of the game, everyone turns over their cards and reveals their fighter, then each player draws a random black card from the pile and adds them to their fighter.

At that point, both players argue their case about why their fighter would win the battle.

Once the argument is over, the rest of the players vote for a winner.

In the event of a tie, both players will draw a random white card and fight with no attributes, and the table votes again.

The winning fighter stays on the table to fight the next player, without any new attributes.

The more fights you win, the more points you get. Watch this video to see the game in action. 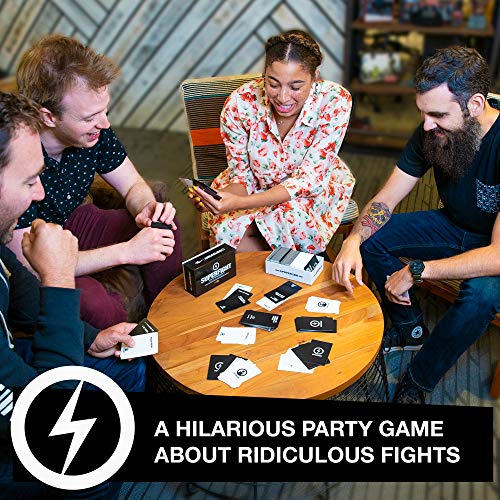 The great thing about the Superfight rules outlined above is that they only give you one of the ways that you can potentially play the game.

Like a lot of the card games available today, there are ways to customize your experience too.

For instance, you can play:

This kind of game starts with the same Superfight rules outlined above, except the “least liked” person in the room takes the first turn.

The villain chooses one black card and one white card from their hand and places in the center, selecting one random black card to add to their fighter.

After that, everyone else at the table chooses a white card and black card from their deck to “defeat” the villain.

Starting with the player to the left, each player can then add a random black card from your hand to anyone on the table – including the villain.

The villain then picks who would win against their fighter, and that person wins the battle.

The player to the left of the current villain goes next, and a new battle starts.

If you change the Superfight rules to Battle Royale mode, then you get another new experience.

Once again, you’ll separate your white and black cards, and everyone will draw three cards of each color.

One at a time, each player will place one white and one black card in the center of the ring, gradually revealing their fighters.

Before playing the second black card, players will need to decide whether that card should be drawn randomly from the deck or taken from their hand.

Everyone votes on everyone else’s cards to determine who will win.

Finally, if you opt for the Pacifists version of the Superfight rules, you follow the same typical rules, but instead choose the winner based on who is the funniest.

You could also choose winners based on who you would choose on a dating website, or who would make the best babysitter, the options are endless.

Superfight rules: Something for everyone

Ultimately, Superfight is a game that virtually anyone can play and have a world of fun with.

Regardless of how you choose to play, there’s sure to be something that appeals to you and your friends or family.

What’s more, you can adapt the rules to make sure that the game is suitable for people of different ages too.

Superfight is an excellent game for nights when you need to break the ice when you’re inviting friends over, or if you just want to get everyone talking before a night on the town.

What’s more, the sheer number of cards and different Superfight rules available means that you never have to have two games that are exactly the same.

Unlike options like Cards Against Humanity, you have way more freedom to be creative with your gaming here.

Another great thing about Superfight is that it’s a more fast-paced game than some of the other options on the market today.

You can decide for yourself how many points a player needs to get before they’re deemed the winner – so your battles can last as long as you like. 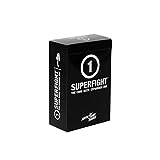