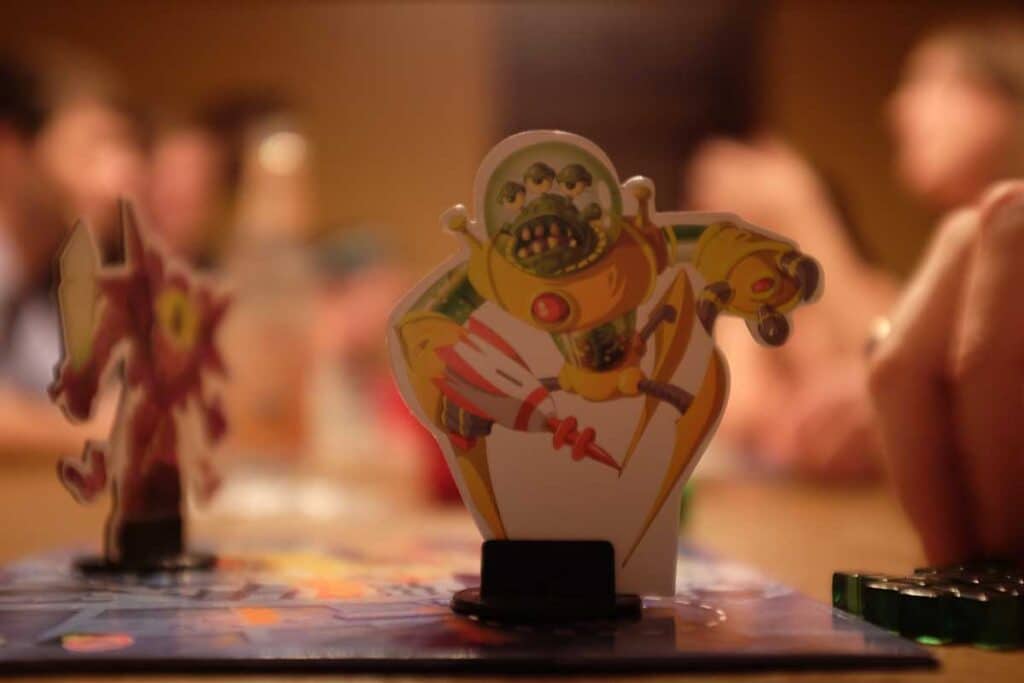 King of Tokyo is an exciting board and card game that uses everything from dice rolling to strategy to help players find a way of eliminating the other players and taking control of a capital city.

If you want to win the game and become the King, then you’re going to need to either win 20 victory points or destroy Tokyo – those are some pretty big demands, we realize. But it’s a fun game to play with groups that doesn’t take too long.

Here’s a break down of how to play, including the King of Tokyo rules you’ll need to know to get started.

The game is designed for about 2-6 players, and each bout lasts around 30 minutes on average.

Created for people aged 8 and up, the game includes a bunch of different factors, like:

When you’re setting this game up, you’ll notice just how well-made the components actually are. This isn’t just your standard cheaply-made board game for kids. There’s real love in every design and every card.

So, how do you play King of Tokyo?

Well, the first thing you need to do is learn how to use the dice.

The dice mechanics are very similar to Yahtzee, where players get a handful of dice to roll on each turn.

You can keep as many dice as you want and re-roll the rest. You get one initial roll and two re-rolls per turn.

To score dice points, you need to roll three of a kind in order to get the value of the number shown.

This means that if you get 3 threes, you get three points, and so on. 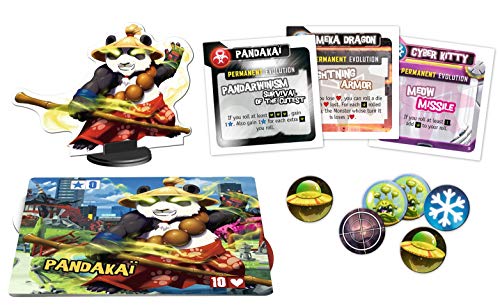 The Dice also include the option to roll a punch. And the number of fists shown on the dice indicates the level of an attack on another player.

You don’t have to roll multiples to successfully launch an attack. If you’re the current king of Tokyo, then your attacks will hit every other player, but all other players will be targeting you too!

Alongside the punch dice, you can also get a “heart” roll with your dice, and for every heart you get, you earn one point of healing.

Unfortunately, every heart scored as the King of Tokyo is a wasted die, because the king can’t heal.

There’s also the option to earn energy with dice rolls, which appears in the form of a lighting bolt.

Basically, when you get energy, you also receive one green energy cube, which you can use to purchase ability cards, or perform certain ability actions.

For instance, Fire blast takes 3 energy to purchase, and allows you to attack all opponents for 2 damage.

King of Tokyo: How to Become the King 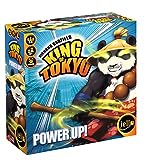 The King of Tokyo game starts off with Tokyo completely free of monsters, much to the delight of its citizens.

However, the first player to score a punch in their roll will be able to move into Tokyo and become the king.

The game moves quickly, often with the title of King being thrown around rapidly from one person to another.

The potential for victory points is significant when you’re in Tokyo, but there’s also a good chance you’re going to be attacked too.

The good news is that every punch you deal as the King will hit everyone, which means that you can try to deal a lot of damage very quickly.

If the King is hit while in Tokyo, he or she can either take the damage and run or stay in the city. If the King retreats, the attacking player becomes the new King.

To win the game, you need to earn either 20 victory points, or be the last of the surviving monsters, meaning that Tokyo is yours.

That’s a summary of the basic King of Tokyo rules. Now let’s look at some other ways to play.

Also worth a look: A guide to the Boss Monster card game 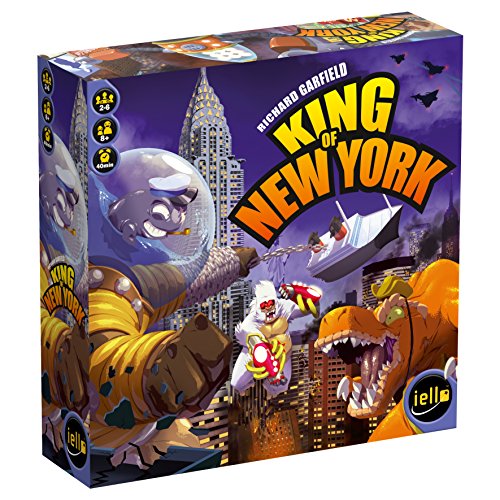 As a highly popular and fast-paced games, the King of Tokyo has earned a number of expansion packs over the years, including things like:

King of Tokyo Power Up:

The Power Up expansion is a must-have expansion, intended to help you improve the game dramatically with new abilities for each monster.

As well as giving you 56 new cards, this expansion comes with one new monster, and a range of permanent new abilities for your monsters.

King of Tokyo’s Halloween expansion adds another form of ability for the monsters, by allowing them to dress up massive Halloween costumes.

The costumes include thematic abilities and there are two new characters to play around with too, including Boogie Woogie and Pumpkin Jack.

The King of New York:

This game involves a different version of King of Tokyo rules, so it’s hard to class it as a basic expansion. Instead, it kind of feels like a standalone game that follows similar rules.

The good news is that both games are compatible with each other, so you can mix and match cards from different sets.

Destroying buildings also gives you new bonus points in this version of the game, which is a great way to ramp up the excitement in the game.

There’s also the arrival of the Superstar card status, which allows you to earn even more victory points.

If you just want to update your King of Tokyo experience a little bit, then you can opt for a monster pack instead of a full expansion.

These are simple small box expansion options that come with a single monster included.

Each mini pack, including monsters like King Kong and Cthulhu, comes with all the cards you need to use the monster in your standard game.

King of Tokyo: Our Verdict

King of Tokyo is an exciting dice game that allows you to try your luck as a monster fighting for survival in Tokyo city.

This game is fun, fast-paced and great for playing with people of all ages.

The Yahtzee-style rules make the whole gameplay experience easy to follow, and you can usually get through a bout of this game relatively easily within about 30 minutes or so.