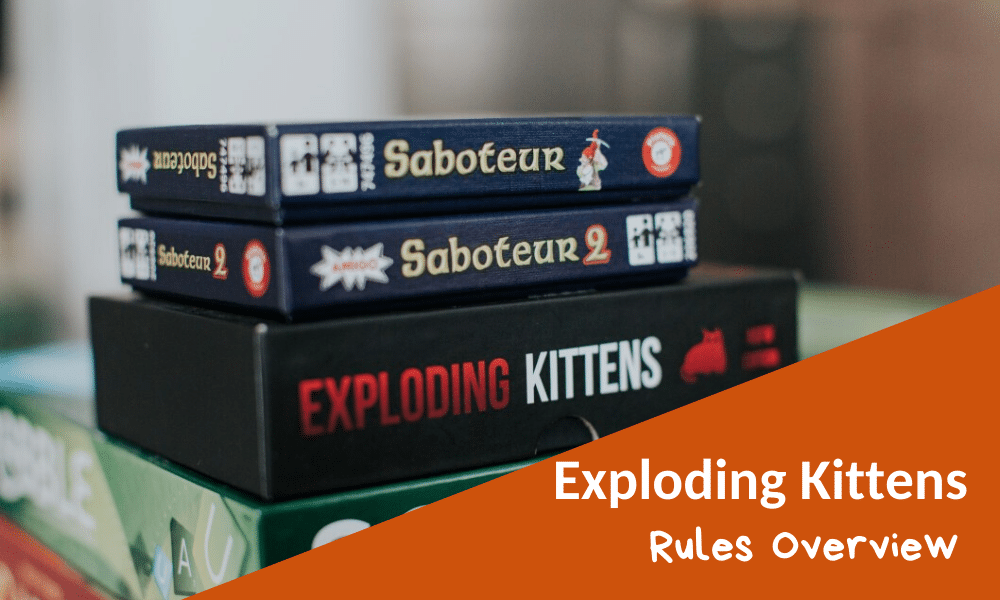 These days, there seems to be an influx of bizarre party card games on the market for people who like to get creative with their game nights.

We’ve got Cards Against Humanity, for those of you with a darker sense of humor, Fluxx for people who enjoy ever-changing rules with every deck, and now, even “Exploding Kittens”.

Like many of the most popular card games available now, Exploding Kittens started out as a Kickstarter campaign. The idea, launched by Elan Lee (Xbox Legend) and Oatmeal illustrator Shane Small started with a backing target of around $10k.

The card game managed to earn a whopping $8 million in funding during it’s time live on the internet, however. That means that not only do we now have exploding kittens, but we also have a bunch of exciting expansion packs for the game too, like:

Today, we’re going to look at the Exploding Kittens rules for the basic game, so you can wow your friends with your ability to not suddenly combust. 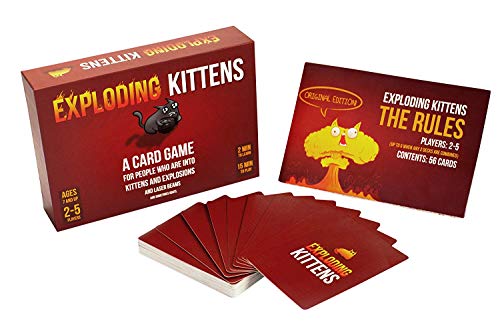 The components included with Exploding Kittens are simple enough. With each game, you get a deck of cards, and a little rules booklet. That applies to the expansion packs too. Because there aren’t any bells, whistles, or boards to worry about, setup is relatively simple.

To begin, you’ll need to remove all of the exploding kittens and “Defuse” cards from the deck. Once you’ve done that, shuffle the cards that are left and hand them out four at a time to each player.

Deal a single defuse card to each of the players at your table, so you know that everyone has a hand of five cards in total.

Shuffle the deck and place it face down in the center of the table, this will become the draw pile and the heart of the fun. Then choose a player that you want to go first. The game suggests choosing someone with the most impressive beard, or a bizarre odor, but it’s really up to you.

The object of the game is simple, if you explode, you lose the game, if you don’t then you win!

Also check out: How to play Unstable Unicorns 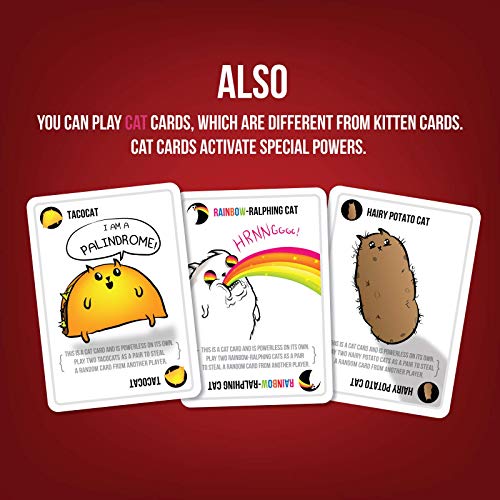 The game play of Exploding Kittens comes down to the cards that you draw on each turn.

You’ll have a deck of card that contains a handful of exploding kittens and a bunch of other things. The idea is to have one person draw a card until someone draws an exploding kitten.

The cards available include:

Exploding kittens is a fun and fast-paced game which keeps you and your friends on the edge of your seat. Even if you’re great at strategy, a little bit of bad luck could be all it takes to mean that you end up combusting.

The fun and hilarious nature of exploding kittens has made it one of the most popular card games available today for all ages. What’s more, the game goes very quickly, so it’s a great way to break the ice too.