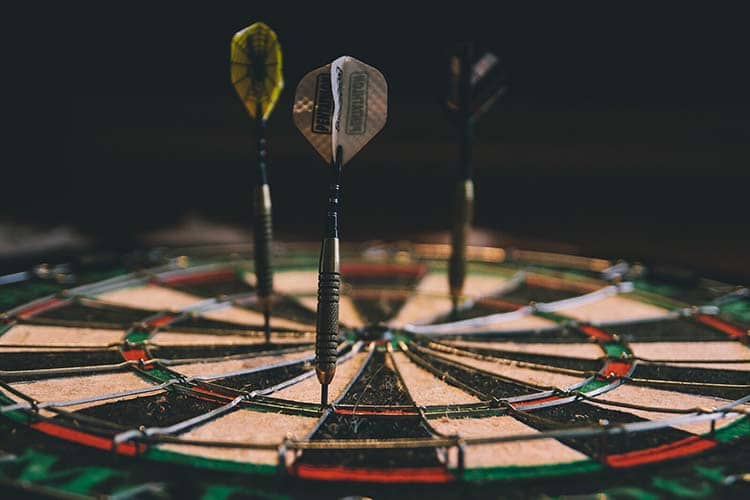 Whether you have a dartboard set up at home or just killing some time at the bar, throwing darts by yourself can be a fun and effective way to practice.

But dart practice should be more than just throwing at random numbers on the dartboard.

It’s better to add some structure and challenge so you can actually improve and get better at your favorite dart games.

All it takes is a little creativity and discipline.

Whether you’re playing with soft tip darts on an electronic dartboard or steel tip darts on a standard bristle board, you can come up with plenty of single-player games and practice ideas

To get you started, here are a few easy single-player dart games and practice routines to try out.

This one isn’t really a game. It’s more a method of practice. If you only have a few minutes and want to get some quality practice time in, try to aim for just the 20, 19 and Bullseye.

These are the highest-scoring numbers on the dartboard and the most common targets in 01 games. So, it goes without saying that any aspiring dart player should become very comfortable with these target numbers.

To make it fun, take 10 shots at the 20 and record how many times you hit it in a column. Then do the same in separate columns with the 19 and bullseye.

After 10 shots of each, start a new row and try to beat your previous round. You can keep adding rows to see how your skill progresses.

You can also try a version of this game with your weak spots on the board. These are the numbers that seem to always get in the way of a successful Cricket or 01 game.

For example, many players have trouble with closing out the 15 in Cricket or doubling out on the 16 in 01 games.

If you’re comfortable with the 20, 19 and bullseye, start focusing on these weak spots using the same format described above. 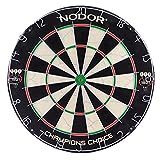 There are 7 numbers, so you must hit each number 4-times to reach a total of 28 points.

If this sounds too hard, you can start by just playing to 7 instead. This way you just try to hit a single of each Cricket number with each 3-dart turn.

As your skill increases, make the number higher to challenge yourself. For example, you could make the goal number 14 by hitting each number twice.

This is an excellent way to practice Cricket, one of the most popular dart games.

Try to double-in to start the game. If you can’t double-in on your first dart, just subtract whatever number you land on and start playing from there.

The real goal of this game is to familiarize yourself with the various out combinations under 100.

Trying to figure out an efficient out pattern with less than 100 points is a very common scenario when playing 301 or 501.

For example, let’s say you start your game of 101 by throwing a single 20. Now you would have 81 points remaining. Your goal in any 01 game should be to double-out as quickly as possible.

Consulting your 01 out chart, you know that you can double-out by hitting a triple 19 and double 12.

If you miss on these numbers, you need to figure out the next best out route.

Playing 101 is a great way to challenge yourself and a very effective way to practice 01 games and memorize out combinations. 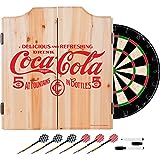 Solo Around the World

Around the World is a fun and simple dart game to play with friends. And it’s also the perfect way to practice on the entire dartboard.

All you’re trying to do here is go around the dartboard from numbers 1 – 20. You can either start or finish on the Bulls.

You get three darts to hit each number. Once you hit the number in sequence, you move on to the next target.

There are several ways to make this more challenging.

For example, try playing with one dart per turn. If you miss that number, you must start over from the beginning.

Or, you can make it really fun and try to Shanghai each number (a single, double, or triple)!

Playing solo Around the World is a great way to kill time and work on unfamiliar parts of the dartboard.

In the dart game of Baseball, you try to get as many points as possible in innings (numbers) 1 – 9.  If you miss an inning number, you get an out.

When playing Baseball by yourself, play the same way: try to score as many runs as possible per inning with each 3-dart turn. Once you get three outs, or when the round is over, start over and try to beat your previous score.

That’s it. This is a simple and fun way to play a few games on your own.

Getting through a game of 301 is difficult for new dart players. But advanced players and competitive league throwers are very familiar with this game.

When playing 301 by yourself, you follow the same rules as a normal game. But you have the luxury of continuous play, so the practice benefits can be huge.

Play a game of 301 and try to double-out as quickly as possible. When you double-out, start the next game right away by subtracting those points.

This way you remain focused in the mindset of subtracting from 301 as efficiently as possible with common 3-dart or 2-dart out combinations.

This is another simple solo dart game. Just play a round of Cricket and record your marks for each number on the scoreboard. Only throw 3-darts per turn.

After you complete one round, start a new column. Your previous round is now your opponent, and you can try to beat each number by scoring more marks in the next round.

Darts is one of the best bar games to play on your own. Pretty much any dart game can be adapted and played in single player mode.

Or you can simply spend countless hours on your strong numbers, weak numbers, and out combinations.

The possibilities are endless! 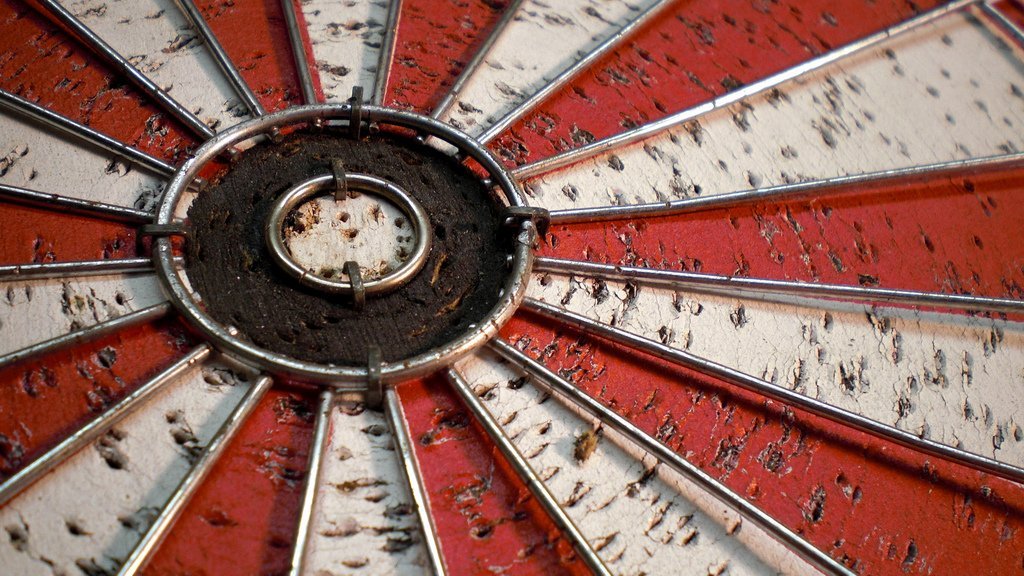 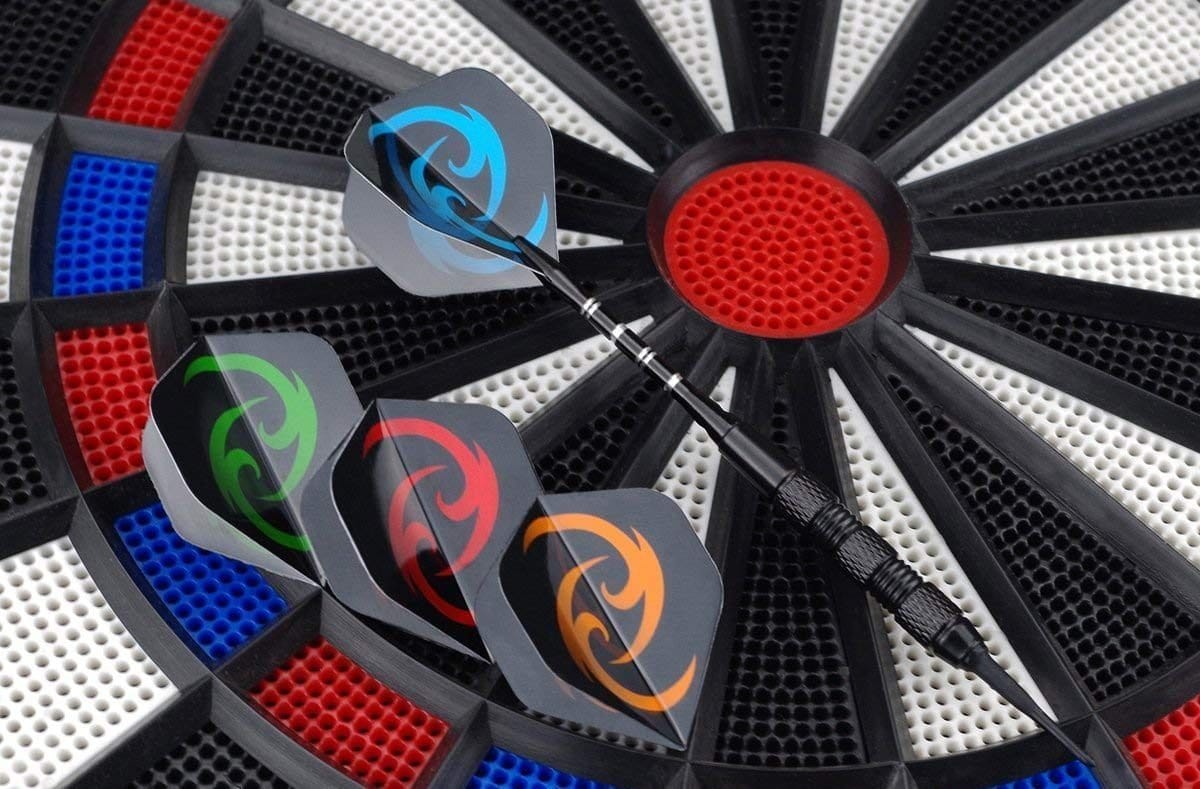