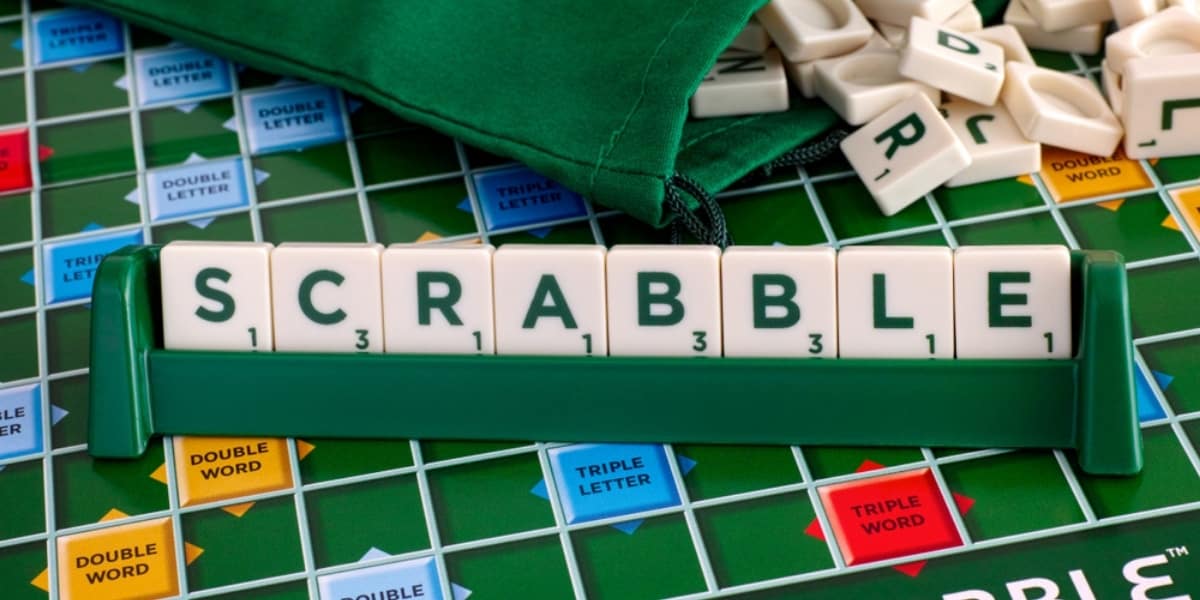 Ah, Scrabble, likely one of the few games that can rival Monopoly when it comes to name recognition. The famous word puzzle game is popular with people all around the world. But how do you play? Well, let’s take a closer look at the Scrabble rules you need to know about in more detail.

While I’m sure most people know the basics of Scrabble or at least what the aim of the game is. It’s also likely that many people don’t know exactly how the game is played. Many people do have their own house rules in play when playing a game of Scrabble.

Some people likely don’t even know they aren’t playing the game right, at least not according to the official Scrabble rules. So, let’s get right down to it and take a closer look at everything you need to know for a good game of Scrabble.

Many people think Scrabble is much older than it actually is! It was created by American architect Alfred Butts in 1938. Scrabble was a variation of an earlier game he created called Lexiko. Butts’ new game was called Criss-Crosswords and is very similar to the modern Scrabble game.

While Butts did make a few sales the game wasn’t hugely successful however one person who did buy it was James Brunot. Brunot believed the game could be very successful with some minor tweaks and it was simplified and renamed Scrabble.

Scrabble’s road to success did take a few more years but eventually, the game caught on and was sold to larger manufacturers to produce. According to one urban legend, the president of Macy’s played Scrabble on vacation and after seeing the game was widely unavailable he made some inquiries to help promote it and bring it into his store.

How to Play Scrabble

So, that’s enough of the history lesson. Let’s get down to the Scrabble rules you need to know to actually play the game. The first thing you’ll need is a Scrabble set and given this game’s popularity finding one shouldn’t be difficult.

There is a lot of variety to Scrabble sets much more than you might first think. Some deluxe sets might also include extra features like built-in storage for tiles or even some new game modes. However, if you are playing Scrabble we recommend a more basic set. Check out the products below for some ideas.

While Scrabble boards come in numerous different designs the vast majority of them will follow the same template. Boards are usually a large square shape made up of separate cells for the tiles to go.

The board is 15 cells high and 15 wide. Around the board, there will also be a variety of different multipliers like double or triple letter scores. We’ll talk more about how these work further down in the gameplay section.

Aside from the board, you will also get 100 Scrabble tiles. 98 of these tiles will contain letters and will be marked with a point value in the corner. 2 of the tiles will be blank, these act as wild tiles which means they can be played as any letter. The tiles are how players score points as they are used to create words.

The rarity and difficulty of the letter affects the score. Some letters like X and Z which are naturally harder to use will score you more points. While wild/ blank tiles can be used as any letter they won’t score you any points when used.

Alongside the tiles, you will also get tile racks for each player to rest their tiles on. It’s recommended to use these to make reading/ using your tiles quicker and easier. Below we have listed the point values of the letter tiles so you can see which score the highest.

Or do you try to get them used right away? These are just some of the strategies you also need to consider the multipliers around the board. Sometimes hitting these multipliers with just simple short words can be enough to net you a big score.

While there are variations on how to play we’ll be using the traditional standard Scrabble rules. These are the Scrabble rules most players will use.

Scrabble is quite an easy game to set up. The first thing you need to do is decide who plays first. Under the standard Scrabble rules, both players should remove a tile from the tile bag. The person with the letter closest to A goes first, a blank tile is an automatic win as well. The play continues clockwise from the first player.

Scrabble can be played with 2 to 4 players and when setting up each player should choose seven tiles for the bag. The tiles should then be placed on your tile rack. Now you’re ready to start the game.

Once the first player has been decided, players can begin their turn. There are 3 different things players can do under standard Scrabble rules. The most common move is to play a word if you have the letters.

If you don’t want to play a word then you can instead exchange your tiles. This can be done in 2 different ways. You can exchange a single tile, which is a good way to get rid of an awkward letter.

Or you can replace all 7 of your tiles for a new set. Finally, players can simply opt to pass instead. This can help players who wish to use other player’s tiles as part of their strategy to build longer/ better words.

The first player will have to play their tiles from the star tile at the center of the board. This is a double word score square and other players will have to use the word played to build their words from.

Double Letter Scores: These multipliers are usually light blue and they double the value of the letter tile placed on them.

Triple Letter Score: These multipliers are normally dark blue and they work similarly to the above. But they triple the value of any word tile placed on them.

Double Word Score: These tiles are light red and are placed diagonally across the board. If a word is placed over these tiles instead of doubling the value of a single tile, it instead doubles the value of the whole word.

Triple Word Score: These tiles are red and work like the double word score tiles above. They triple the value of any word placed across them which makes them incredibly valuable.

7 Tile Bonus: This isn’t a multiplier on the board but it will boost your score. If you manage to play all 7 of your tiles then you will receive a bonus score of 50 points. The 50 points are added to the value of the word as well, which means a lot of points can be earned with just one turn.

Under the standard Scrabble rules finishing the game is quite simple. Once all the tiles are gone from the tile bag you just need to wait till one of the players has played all their remaining tiles. This ends the game for everyone and the player with the highest score wins.

Nowadays many players keep track of their score as they play. At the end of the game, players should tally up the scores of each other. Once this is done you need to tally up the value of your remaining tiles.

The value of these tiles is then deducted from your overall score. The player who has no tiles left will also receive a further bonus. All players who have remaining tiles will have the value of them added together and this will be given to the player who played all their tiles.

So, being the player to play all your tiles first and finish the game will net you a big endgame advantage. After the additions/ deductions have been made the player with the highest score will win the game!

Scrabble is a game that is simple on the surface but actually involves a lot of challenge and strategy. It’s popular all over the world with seniors, adults and children alike. So, if you are looking for a game everyone can enjoy why not give Scrabble a try?