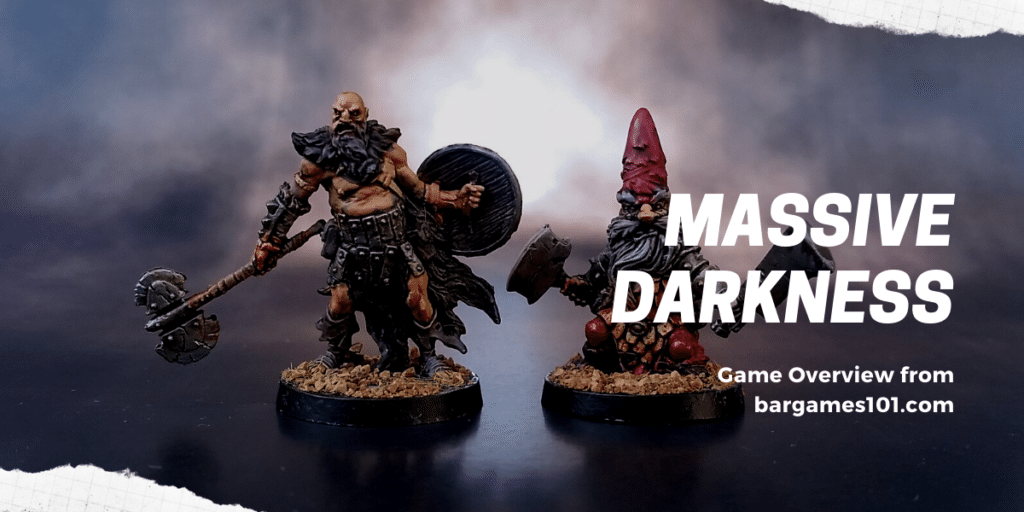 If you love a gold old-fashioned dungeon-bash game, then you’re going to like Massive Darkness.

This amazing title appeared on the market after a hugely successful Kickstarter campaign, where Cool Mini or Not (CMON) raised more than $3.5 million to bring their vision to life in 2016.

The game used the system from Zombicide as a starting point for its rules and gameplay, but then added all of the fun of a standard dungeon crawl RPG into the mix.

Unlike similar options on the market, there’s no demand for a game master for the control of enemies with Massive Darkness, which means that everyone can really get involved with the fun.

Since the base game launched in 2016, there have been plenty of great expansions, including Heroes and Monsters sets to explore. 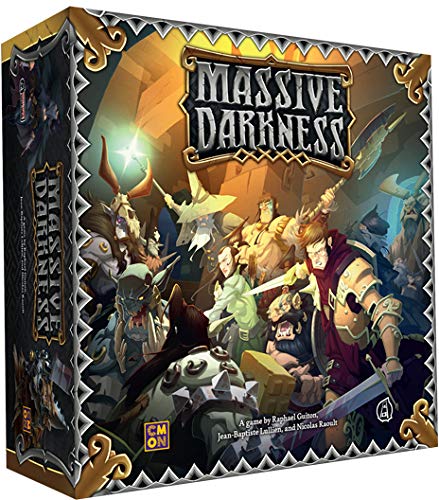 Massive Darkness is basically what happens when you bring all the fun of a dungeon-crawl game into a cooperative board game without a game master.

You can explore the darkness for loot, gain experience over time, and fight hordes of awesome miniatures – yes those come with the game.

The components included in the box are extremely high in quality, the rules are straightforward, and the mechanics allow for a variable range of player experiences and combinations.

All you need is a table, some friends, and a little bit of imagination to get started.

One of the first things you’ll notice about this game is just how gigantic it really is.

Inside the box, you’re getting a ton of things with the base version, including:

One really great thing about Massive Darkness is that those 75 minifigures that we mentioned aren’t just cheap lumps of plastic – they’re incredibly impressive items that are really well-designed.

The wide range of features included in Massive Darkness means that it can seem pretty complicated and overwhelming at first – but it’s actually quite a simple game to pick up.

Massive Darkness Review: How to Play 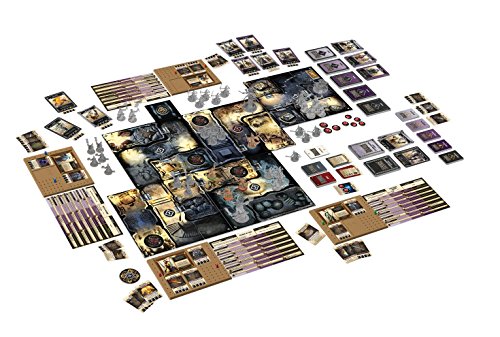 Now, there are different ways to play Massive Darkness depending on what you’re looking for in the game.

The first option is something called “Shadow Mode”.

This appeals to the dungeon crawler in you that wants to creep around dingy spaces looking for loot.

In Shadow mode, you get to access powerful shadow-based abilities. On the other hand, if you opt for “Cooperative mode”, then the success or failure of your character will be based on the performance of your team.

You’ll need to band together with other players to fight back against the minions of darkness. 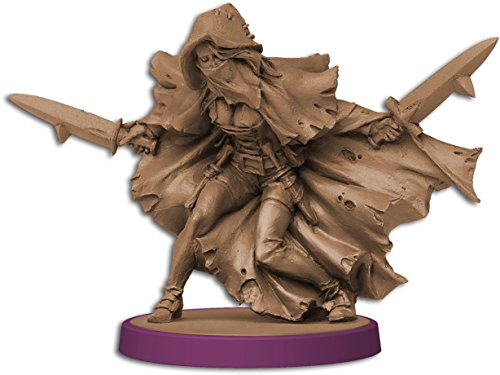 At the beginning of the game, you create your hero, which will come with a set of natural starting skills to set you off. You can tailor your hero according to your needs with different weapons and skills as you gain levels too.

Each player will have a character board that they use to track all of their character info. The main slot holds the information on the character card, and the slots below refer to your character’s two hands, where you’re holding weapons or shields.

There’s also a slot to the right for your armor, and peg holes for your current health or experience.

As you progress through the dungeon, fighting enemies and monsters, you’ll gain experience, and this allows you to level up your character.

Importantly, there will be some monsters that are beyond your level that you’ll need to think carefully about fighting.

When you encounter a door in a dungeon, you will draw a door card to indicate the number of monsters and treasures that you’ll encounter.

Make sure that you’re the right level for each fight, or that you have the right support with you.

There’s also one other card that you need to be aware of before you start the game.

The lifebringer card will include the number of life tokens you have according to the scenario or game that you’re playing.

If you get overwhelmed in a dungeon, the lifebringer card means that you can respawn at the beginning of the room. If you run out of tokens, then your game is over.

Ultimately, the game is simple enough. You pick your character, get to know their suggested class, and work on leveling up your abilities as you go.

You can even mix and match classes to suit your playing style.

Once you have your character, you just make your way through the dungeon and try not to die, it’s as simple as that.

Eventually, you’ll want to find a key and make it to the exit to win.

If you love the idea of a dungeon crawler game that you can play on a board with your friends, then Massive Darkness is sure to appeal to you.

Although this is one of the slightly more expensive games in the dungeon crawler niche, it’s also something that’s well-worth the money when you consider how much you’re actually getting in the box.

The miniatures are incredible, the character boards are easy to use, and you’ll find yourself getting really involved in the game, to the point where you might convince yourself that you need to pause it whenever you’re going to the bathroom.

The fact that you can play in different styles is very appealing too.

However, it’s worth noting that this game does get a lot more difficult to play when you add more people into the mix.

What’s more, adding expansion packs means that you end up with more rules to follow and remember.