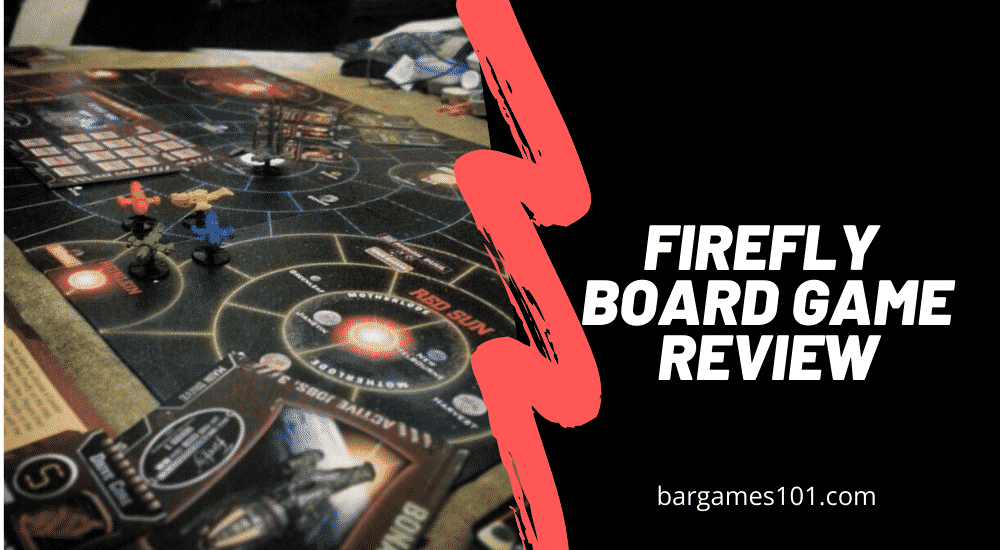 The rise of board game cafes has opened up an immense archive of fun strategy themed board games to play while out with your friends. One of the games we recently discovered (even though it’s not new by any means) is the Firefly Board Game.

This is considered a “deep strategy” game at certain cafes, like this one, and we felt it deserved a full review on our site for new players.

Way back in 2002, one of the world’s favorite directors, Joss Whedon, introduced a new sci-fi world to viewers across the globe. Firefly was an incredible series that captured the hearts and minds of a huge community – even if it did only last a total of 14 episodes.

The Firefly game drags the magic of tabletop gaming into the Firefly universe, and places gamers directly into the Captain’s seat, where they can get an insider’s look at the world that they loved.

As wonderful as it is, the Firefly board game was designed specifically for one niche group of fans – people who love Firefly.

However, that doesn’t mean that there isn’t fun to be had if you haven’t watched the series. The variety of different gameplay options available and the unique storytelling aspect of the title make it a compelling choice for any game night.

You can either carry out standard legal shipping operations to gain money and win or go down the smuggling route and potentially get into some trouble along the way.

As you move through the board, you’ll draw cards that present unique challenges for you and your team to address. Additionally, as you travel further into the game, you’ll also risk encountering Reavers, which present an entirely different kind of danger.

The Firefly Board Game: Overview and Components 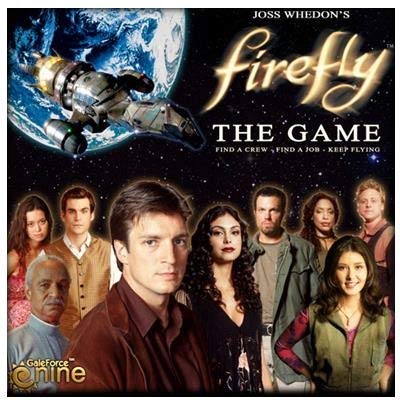 With a rapidly evolving and expanding board, the Firefly board game is a great choice for anyone who wants to spend a few hours exploring a vast sci-fi universe. There’s even a number of expansions on the market today, including the Blue Sun expansion, Pirates and Bounty Hunters and more.

The Firefly Board Game is based on the popular television series that Joss Whedon created, so it’s probably going to appeal most to people who are already in love with the series. Within the game, players captain their own version of the Firefly-class transportation ship. You make your way through the immersive universe with a crew of fighters, travelers and mechanics. Additionally, you’ll need to take on jobs to collect money and eventually win the game.

The mechanics of the game are simple enough, you pick up tasks and deliver on them. This idea corresponds with the theme of the show, which was all about the adventures of a team of miscreants working on a cargo transportation ship.

Hauling things around the universe makes sense in the game too. As you play, each player will take on the role of captain of their ship, hiring crew, equipping them with tools, and making decisions about which contracts to take, and which to abandon.

As you might expect, the most lucrative jobs will require players to misbehave from time to time and go against the law. You can win while following the law of course – however, that might not be as much fun.

The Firefly Board Game is brimming with bits and pieces to explore too. Components include everything from molded plastic ships to Reaver ships and more. There are cards to guide you through the game, stacks of paper money to make sure that you’re paid for your efforts, and cardboard tokens too. As you’d expect from a game based on one of the world’s most popular sci-fi series, the components you’ll find in this title are high-quality and easy to handle.

The Firefly Board Game: How to Play 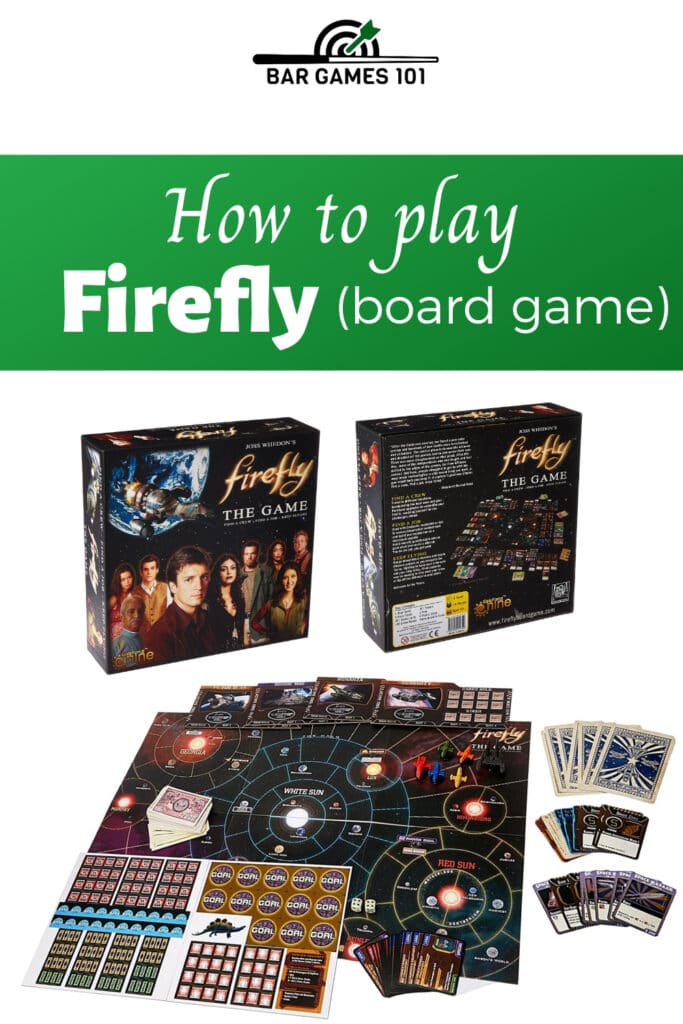 Ready to start the game? Great!

To begin, you and the other players in your group will choose one of the 6 mission cards that they want to tackle. After that, everyone gets their own firefly class spaceship, a handful of starting cash, and a captain. Every captain comes with their own skills and abilities, so keep that in mind when you’re making your choice. You’ll also need to shuffle the various decks of cards before you begin.

When it’s time to take your turn, you can take two actions, with options like:

During the game, you can also check your skills to ensure that you’re capable of a certain job.

There are three kinds of skills in the Firefly Board Game, including Tech, Negotiate, and Fight. To check your skill, roll a six-sided dice and add your skill points for each person with the appropriate skill symbol. If you have the required number for the test, then you pass.

While choosing high-paying but illegal jobs might get you the money you need faster, you’ll need to be careful. The more illegal jobs you take, the more immoral you become. Sometimes, crew members can also be disgruntled by immoral jobs. Some disgruntled crew members may eventually leave your crew entirely, making it much harder for you to win.

After each player completes their 2 actions, the next player takes their turn and so on. You continue playing until you achieve the goal that you picked at the start of the game.

The Firefly Board Game: Verdict

The Firefly Board Game will be an amazing gaming experience for you if you already love the Firefly series. A lot of the enjoyment comes from being able to explore the environment that you loved from the shows in a new way. If you’re not a huge Firefly fan, then the game is still fun and worth a play, but it’s probably not going to blow your mind.

Additionally, it’s worth noting that the nature of the game means that you’re unlikely to finish a session quickly. If you’re looking for a quick way to break the ice on game night, this isn’t it. The average game will at least take a couple of hours to play.

On the plus side, the Firefly Board Game is fun, interesting, and packed full of replay value.