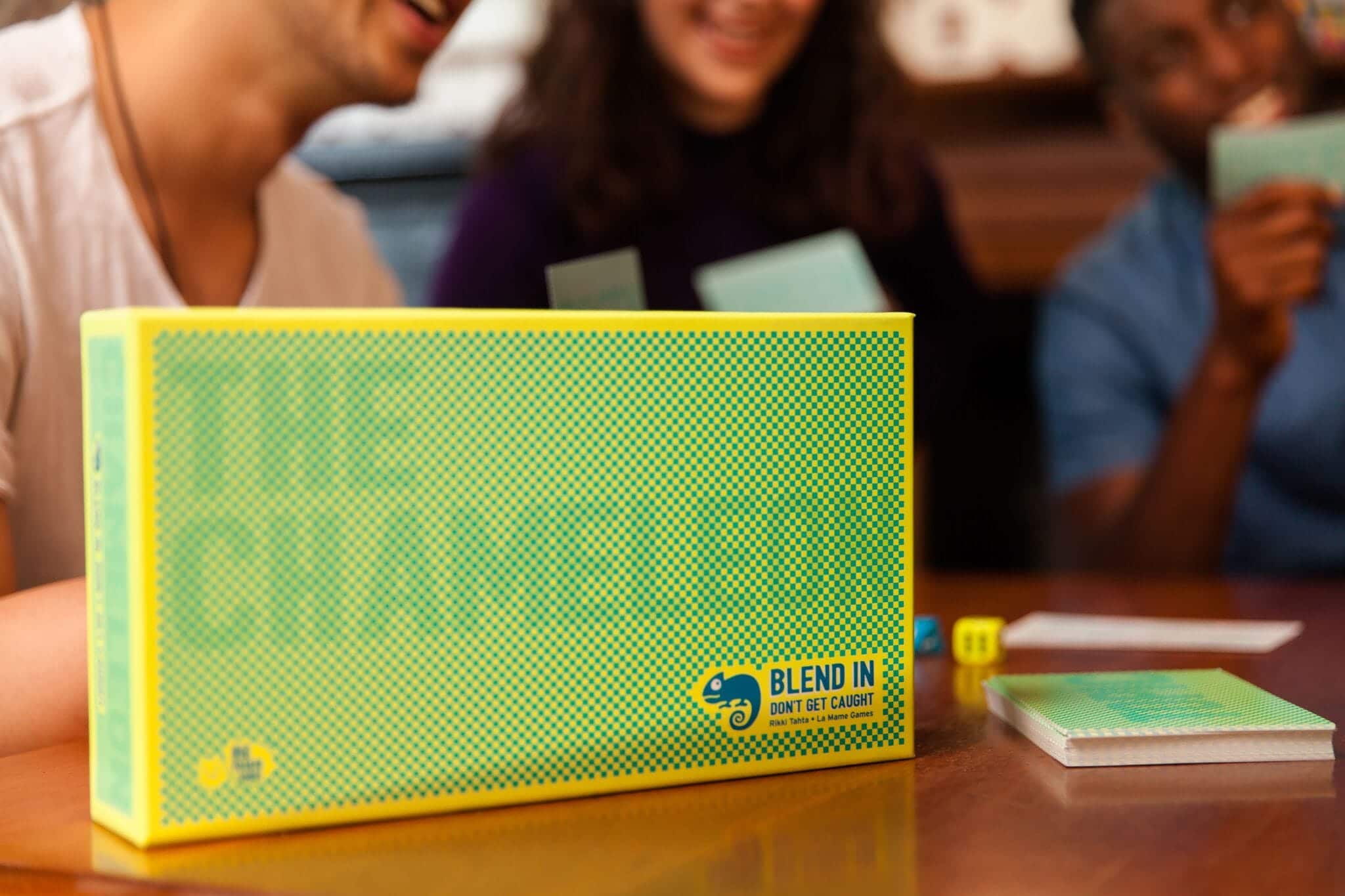 Think you can tell when your friends are lying to you?

Just picture this: You’re sitting at a table, eating snacks and enjoying a lightweight party card game with some of your closest friends.

Everything would be perfect, except there’s one problem – someone at this table isn’t who they say they are.

Someone… is the Chameleon!

The Chameleon is a super-simple party game by Big Potato.

In each round, a secret word is chosen. Everyone knows this secret word, except for one player – the Chameleon.

With one carefully chosen word from each player, your job is to find out who the Chameleon is and catch the imposter before it’s too late.

If you are the Chameleon, the object of the game is much simpler: Don’t. Get. Caught.

If you’d like to find out about the rules in full, you can watch their video here.

In the meantime, here are ten reasons why The Chameleon deserves a spot at your next game night. 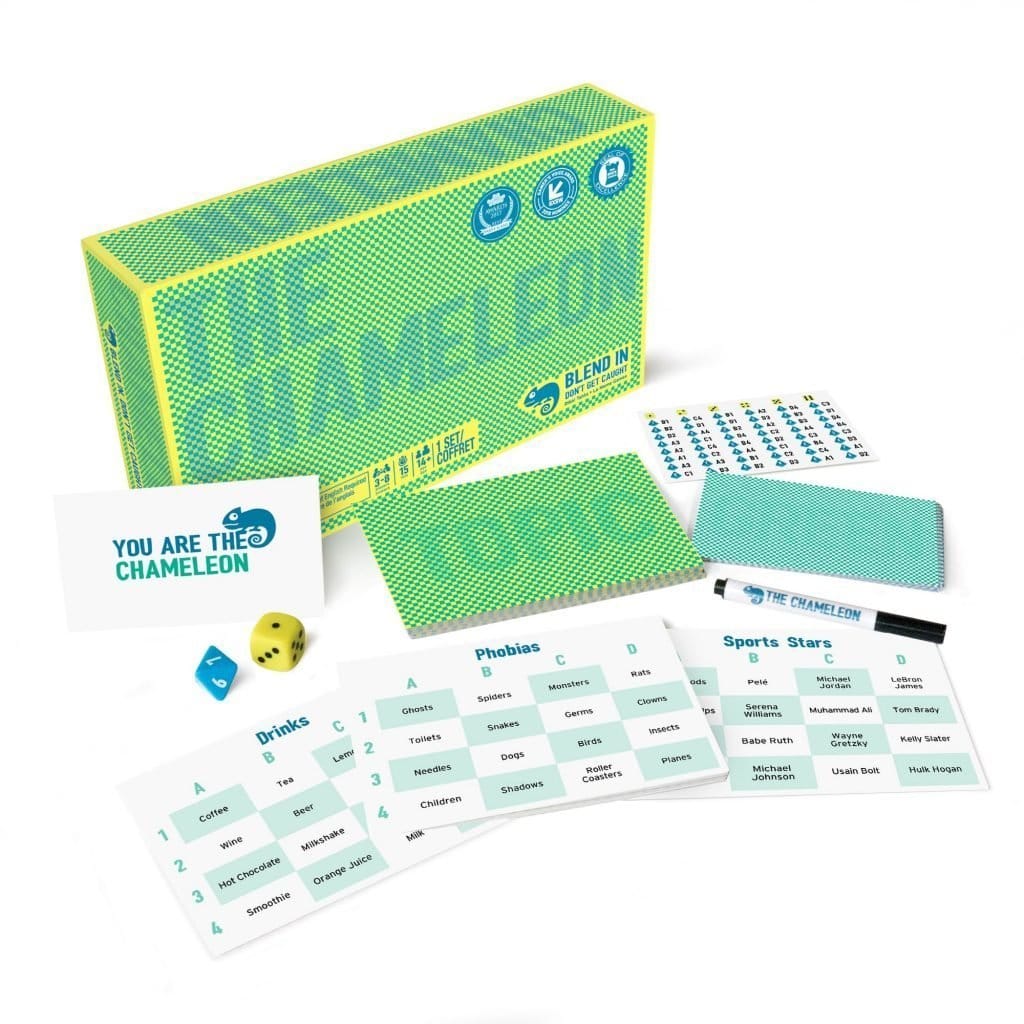 1. Lying to your friends is fun

Just like a game of poker, but without all the financial risk.

If you’re the Chameleon, your job is to lead everyone astray until you discover the secret word.

It’s exciting, it’s nerve-wracking, and it’s incredibly amusing when your friends find out you’ve been lying to them all along.

2. It involves a lot of finger pointing 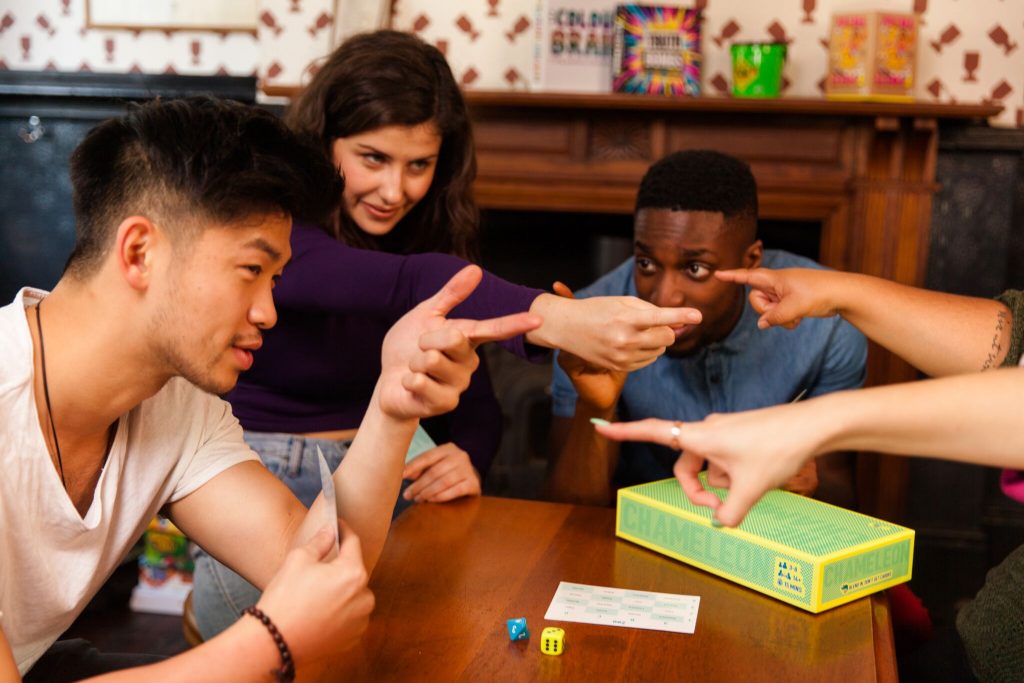 Lying to your friends is great, but loudly accusing them can be even more satisfying.

As soon as you notice something even a little suspicious (i.e. avoiding eye contact, a long pause), this game encourages you to go into full witch-hunt mode.

Don’t forget: the louder you are, the more people are inclined to believe you.

3. Get telepathic with your best friends

Share a special bond with one of the players? Well, now’s your chance to put that relationship to the test.

To prove you’re not the guilty player (without alerting the Chameleon), you’ll have to get pretty creative with the words you choose.

So, if the right Topic Card turns up and you’ve got an inside joke that only certain friends will pick up on, the Chameleon won’t stand a chance. 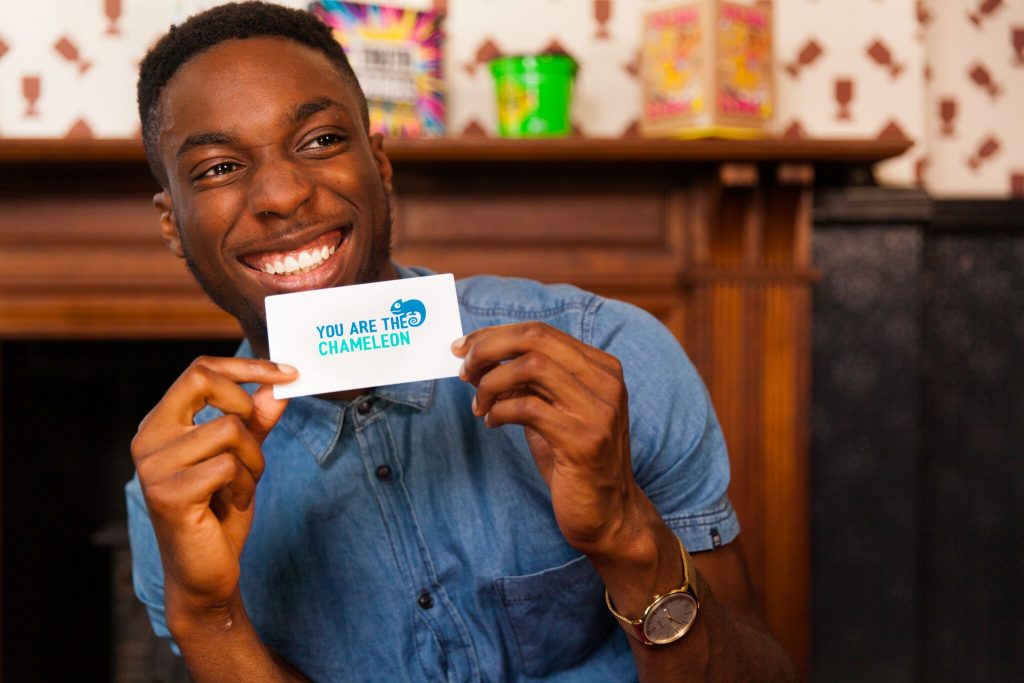 Unfortunately, lots of board games can take a while to learn. If your friends have short attention spans, this can lead to a disastrous game night.

Thankfully, The Chameleon only takes roughly two minutes to learn.

Each round, the secret word is chosen from a Topic Card that features 16 different words in a given category.

From ‘Famous Movies’ to ‘Fairy Tales’, there are 40 different Topic Cards to choose from, which means a whopping 640 secret words that could come up.

It’s not always easy finding a game that everyone can play at the same time (and no one likes having to be on a team with someone else).

Thankfully, The Chameleon can be played by up to eight players.

If you ask us, the more people playing, the better (and louder) it will be.

7. Easy to learn and quick to play

If you’ve ever played a game like Risk, you’ll know that there’s nothing worse than a game that drags on forever.

Each round of the Chameleon only lasts around five minutes, which means you can keep playing until the group wants to move onto something new.

In the highly unlikely event that you work through all 640 secret words, there’s an over-sized dry-wipe Topic Card that lets you customize your own round.

Base a card around your favorite TV show, the objects in the room or write down the names of people you all know for a round that’s extra-personal (and occasionally uncomfortable).

9. Doubles as a great drinking game

If you get any of the rules wrong, you drink.

Once you’ve been through a couple of rounds, you’ll find that stealthy turns into sloppy pretty quickly.

Last, but not least, the box is designed with an optical illusion where the further away you stand, the more the name disappears.

James Vaughan is one of the game designers at Big Potato Games, the board game company that’s as versatile as its vegetable namesake. From quiz games to party games, TV gameshows to toys, Big Potato likes to get involved in all sorts of stuff. Above all, they like taking home-grown ideas and turning them into genuine crowd-pleasers for the whole family. Follow Big Potato Games on Twitter, Facebook and Instagram.