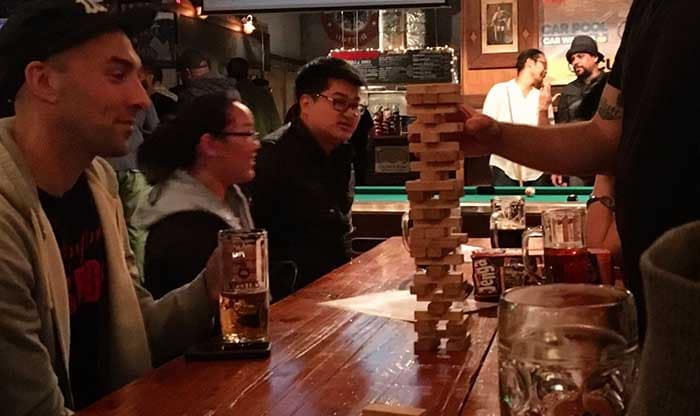 If you are not sure how to play the game, or of the Jenga rules, you can learn all about it here.

Jenga is fun, easy, and perfect for people of all ages. It also happens to be a great bar game.

Table of Contents show
What is Jenga?
History of Jenga
How to Play Jenga
Setting Up Jenga
Playing Jenga
Jenga Rules
1. Who Goes First?
2. Can You Test Blocks Before Pulling Them Out?
3. How Many Hands Can You Use?
4. When Does Your Turn End?
5. How to Re-Stack the Removed Jenga Blocks
6. When Does the Game End?
Variations of Jenga
Giant Jenga
Drinking Jenga
Other Variations of Jenga
Our Final Thoughts on How to Play Jenga

Jenga is a game that requires quite a few different skills to win.

You need steadiness of hand, hand-eye coordination, precision, patience, and concentration skills, as well as a strategic mindset while playing.

A decent understanding of architecture doesn’t hurt either.

Essentially the game consists of 54 wooden blocks that are stacked on top of each other.

You start with three blocks laying on the table or another hard surface you have chosen, and then you continue to stack three more on top of each layer.

Each layer is placed at a right angle to the last one, so they are not all facing the same direction (the game comes with a stacking sleeve to make this easier).

Each player takes turns removing and re-stacking the blocks.

The game is over when either the tower collapses or if any block falls from the tower (other than the one that was removed).

One great aspect of this game is that you can easily play it by yourself or add as many additional players that you would like.

We’ll go into much more detail below about how to play Jenga.

But now that you have a basic idea of what the game of Jenga entails, let’s talk about its history.

A woman named Leslie Scott created Jenga, she is also one of the founders of Oxford Games Ltd.

The game originally started as a game she played in the 1970’s – it simply evolved from her children’s building blocks into the living room staple it is today.

Leslie Scott was originally from the United Kingdom and moved to West Africa as an adult.

She first exposed the world to Jenga at the London Toy Fair in January of 1983 and had it sold through, Leslie Scott Associates.

The very first sets of Jenga were produced by the Camphill Village Trust in Yorkshire.

In 1984, a Californian entrepreneur named Robert Grebler requested the ability to import and distribute Jenga throughout Canada.

In April of 1985, he received the exclusive rights from Leslie Scott for the game in both Canada and the United States. Later that same year in October, he received worldwide rights to Jenga.

After that point, Grebler created Pokonobe Associates along with a few family members to distribute the game.

Hasbro, later on, bought Schaper, so Jenga began to be launched under Milton Bradley in 1987.

Hasbro then became the licensee for most of the countries in the world.

As of 2017, over 80 million sets of Jenga have been sold all around the globe.

Wondering how many individual blocks there are in the world? It’s about 4.3 billion.

How to Play Jenga 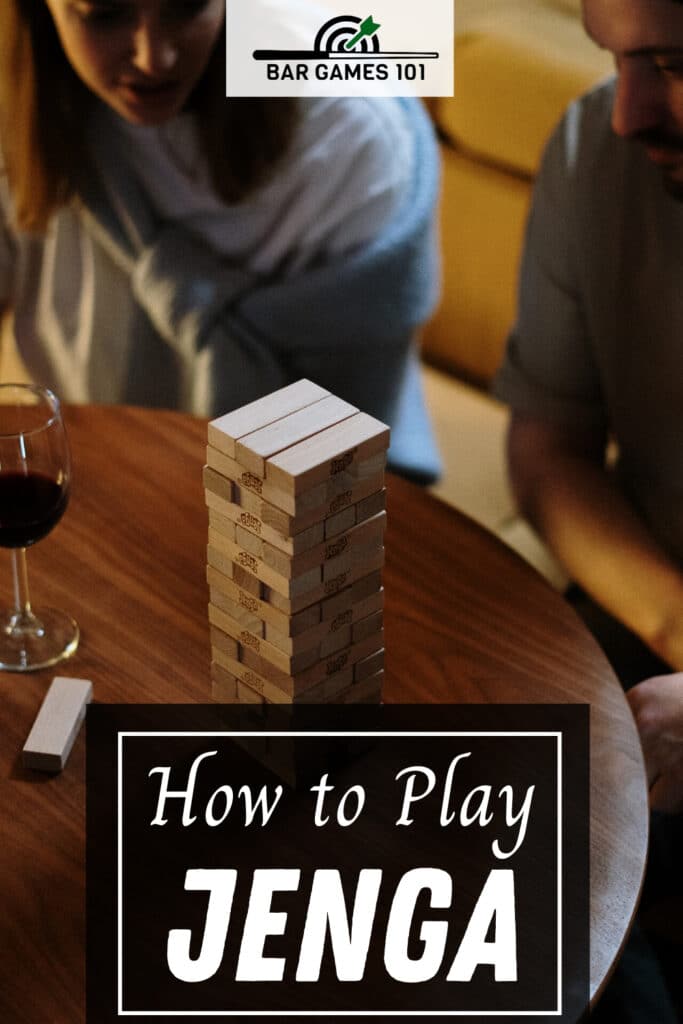 So, how do you play Jenga?

Let’s first get into how you set up the game, and then we will discuss the logistics of playing.

To get the game ready, all you need is the physical game and a flat, sturdy surface.

Jenga comes with a loading tray and 54 blocks.  To create the layers in the loading tray, place three blocks next to each other along their long sides. Now stack the next layer of three blocks perpendicular to the previous layer. Create 18 of these opposite facing layers to build your tower. Make sure the tower is firm and stable before removing the loading sleeve.

If you don’t have a loading sleeve, which is often the case, you can easily make a tower by just stacking the layers by hand. However, the best way to do this is in groups of three. So you build up 6 layers, make sure the tower is nice and firm, then add the next 6 players, and so on until you’ve built the tower.

When learning how to play Jenga, it’s important to be patient with yourself.

While the rules and the game itself are very easy to understand, it does take some physical skill and practice to become an expert.

First, choose an order to rotate the players and take turns. Usually, the person who built the initial tower goes first, as you’ll see below.

Once your turn comes around, you are going to want to try to remove a block from the tower.

You can do this either by pinching it and pulling it out or by tapping the short side of it out the other side.

Watch this basic demo to get the gist:

Once you have successfully pulled out a Jenga block without knocking the tower over, place that block in the correct directon at the top of the tower.

Keep taking turns with the other players by repeating this same step until someone makes the tower fall over from instability.

However, it’s important to note that pulling out the wrong block could easily cause the whole thing to topple over, or simply weaken it enough to cause someone else to knock it over.

You will have to be strategic as you choose which blocks to remove and which ones to avoid.

Another aspect that is important to note are the official Jenga rules. Let’s get into what you can and cannot do while playing the game.

While the game of Jenga does not have too many complicated rules to consider, there are a few to keep in mind while you set up and play.

How do you decide who goes first in the game? Whichever player took the time to set up the initial Jenga tower is the one who gets the first turn.

This gesture is more polite than anything else, but generally, that is how the game starts.

2. Can You Test Blocks Before Pulling Them Out?

What happens if you are not 100% if a block is a good choice or not – can you give it a nudge to test it out?

Yes, you can take the time to test how tight or loose they are wedged into the tower before you attempt to remove them. You also do not have to move that particular block you tested if it seems shaky.

However, you do need to make sure you leave it in the original position you found it in, using one hand.

3. How Many Hands Can You Use?

Speaking of hands, how many should you be using throughout the game of Jenga?

Whether it’s throughout your regular turn of carefully removing a piece, or you testing a block beforehand, you can only use one hand to extract it from the tower.

4. When Does Your Turn End?

While it may seem obvious as to when one player’s turn ends, and another begins.

It’s important to know exactly whose turn it is at all times, and this is because the tower could potentially fall after someone takes out a block, but before someone else is taking their turn.

Your turn will end whenever the player after you touch a block, or 10 full seconds have passed after you put your block on top of the tower. If the tower topples during the 10 seconds after you placed your Jenga block, you have lost.

5. How to Re-Stack the Removed Jenga Blocks

When you remove and place your block back on the top of the tower, you need to make sure one story of the tower is complete before you begin to build one higher up.

For example, if you are placing a block on the top layer that currently only has two blocks, you need to complete that story before putting blocks on top of that layer.

When is the game truly over?

When the tower topples completely, or if any block falls from the tower (other than the piece currently in use during a turn), the game has ended.

The loser, of course, is the player who caused a block or the entire Jenga tower to collapse. Whoever last successfully added a block to the top of the tower is considered the winner of the game.

Typically, whoever causes the tower to fall over is the one who sets up the next round as well.

While the classic version of Jenga is a great time for children and adults of all ages, there are a lot of different varieties to the traditional game as well.

Let’s take a look at some of our favorite Jenga variations.

The first variation of the game on our list is Giant Jenga (affiliate link).

This game is truly exactly what it sounds like – a Jenga game that stands about 5 feet tall.

As far as the Giant Jenga rules, the game is pretty much the same.

However, keep in mind that you should be aware of any children playing nearby, as falling blocks could cause injury.

Here’s a demonstration of how to play giant Jenga.

Making your own version of giant Jenga is also an option. And there are tons of DIY Jenga tutorials online if this interests you.

Next up, we have Drinking Jenga.

The basics of the game are essentially the same. You still have the tower and play the same turns.

However, the Drinking Jenga rules differ from the original by requiring you to write additional rules on the wooden tiles.

Now the rules on the tiles vary from person to person, but they can be anything from taking a shot to prank calling a family member.

You can make it as naughty or nice as you would like, but make sure that you stay safe with your rule choices.

As people take turns and pull out tiles, they have to complete whatever rule is on there.

For example, if someone chooses a tile that says they have to hop on one foot for two minutes, they have to do it before their turn can end.

Other Variations of Jenga

If you are still looking for more ways to continue the fun when learning how to play Jenga, there are other variants as well.

One option is called Throw n’ Go Jenga, which consists of more colorful blocks as well as a six-sided die.

Rolling the dice will determine which color of block you have to remove, making the game a little more competitive.

Jenga Xtreme has you play with blocks shaped like parallelograms, making your tower a different leaning shape every time you play.

The possibilities are truly endless. It just depends on what you’re looking for concerning house rules.

Our Final Thoughts on How to Play Jenga

No matter what level of skill you have when it comes to the game or what variation of Jenga you choose, we are sure you will have a blast with this wooden block game.

What type of Jenga are you the most excited to try out? 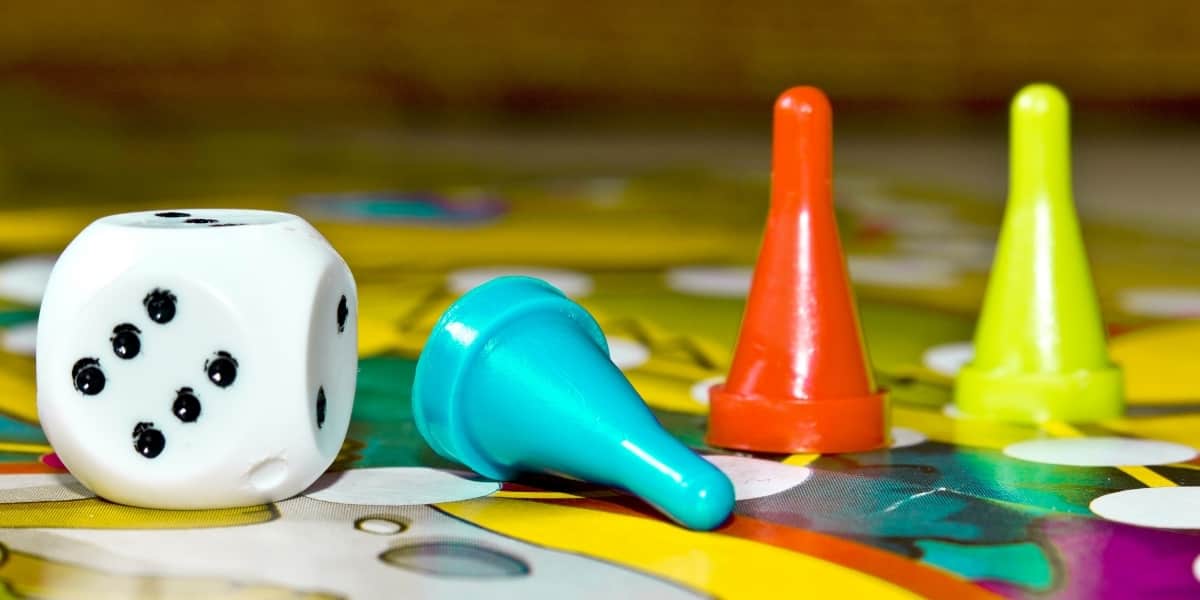 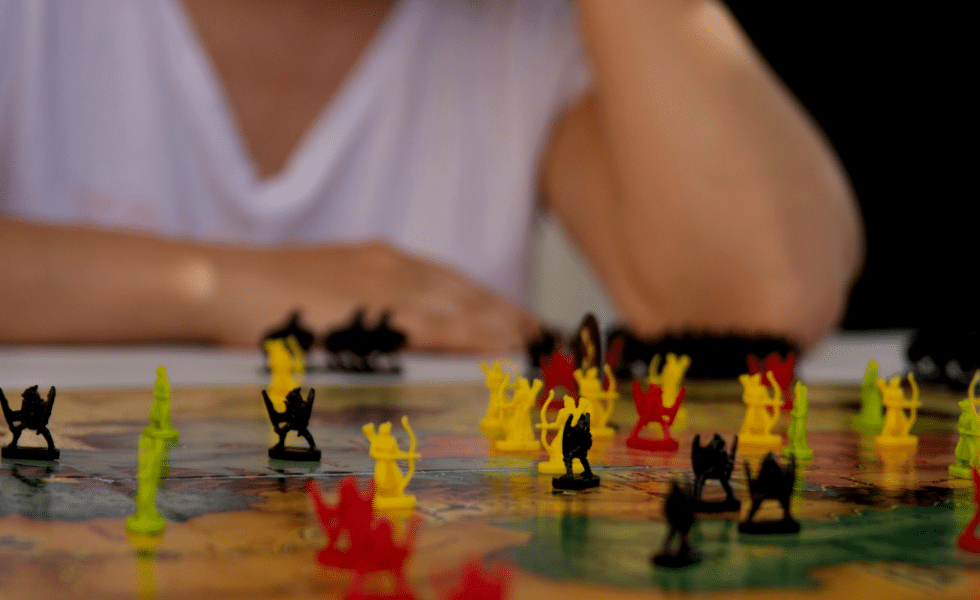 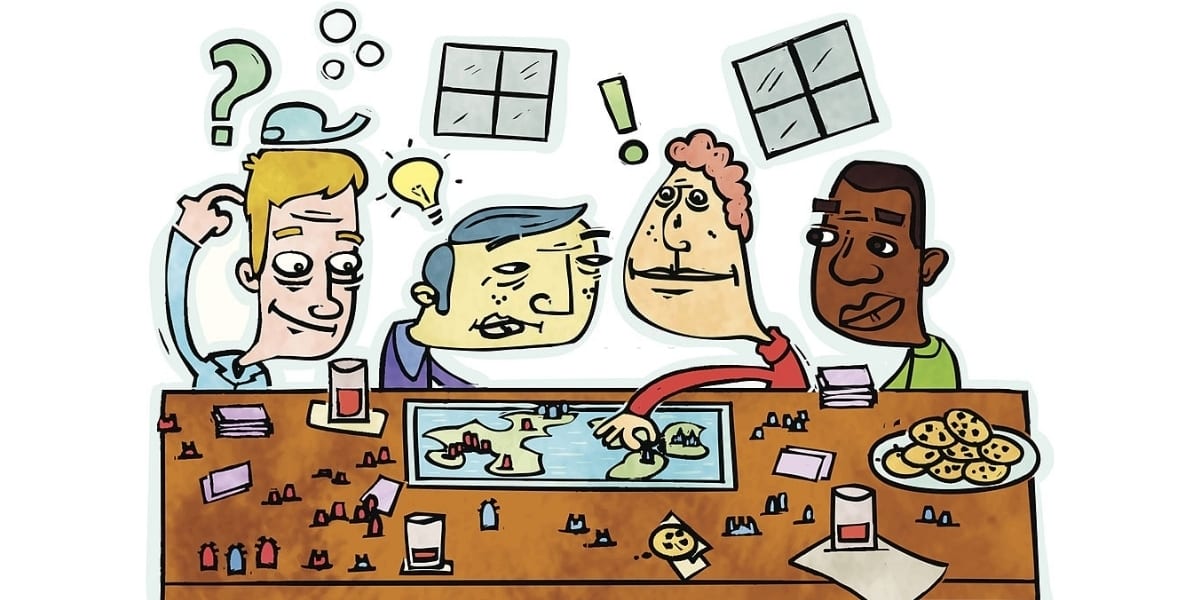 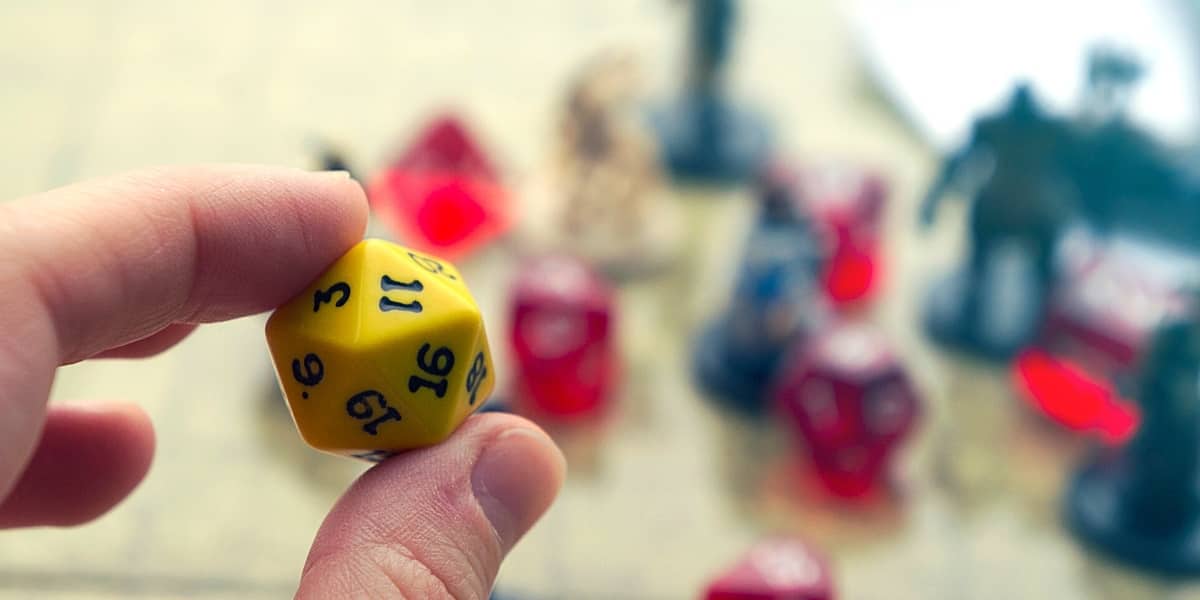 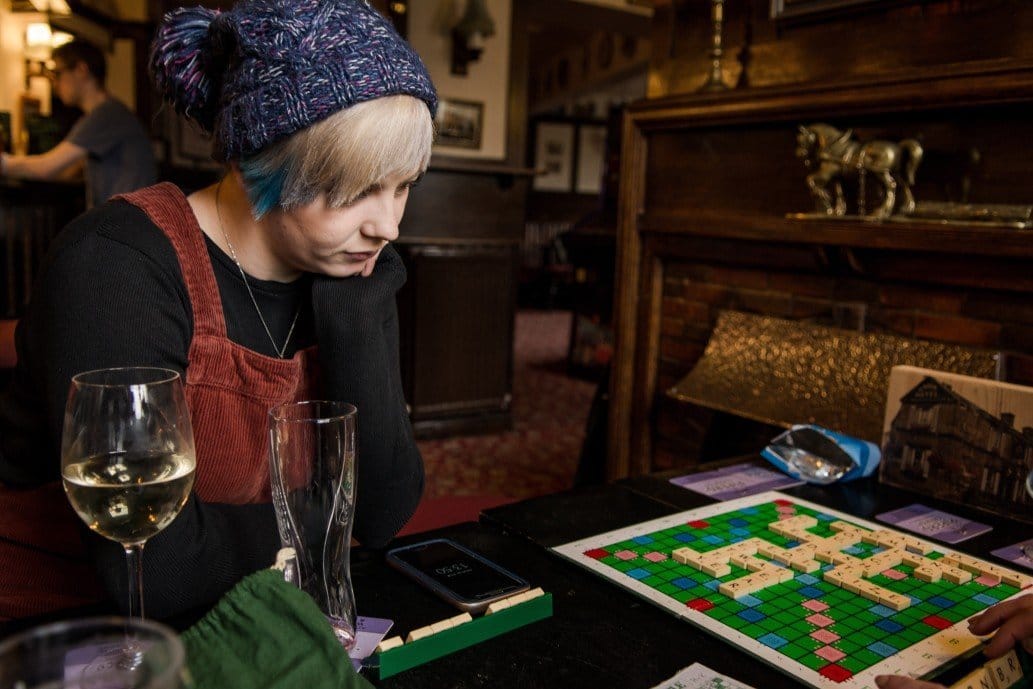 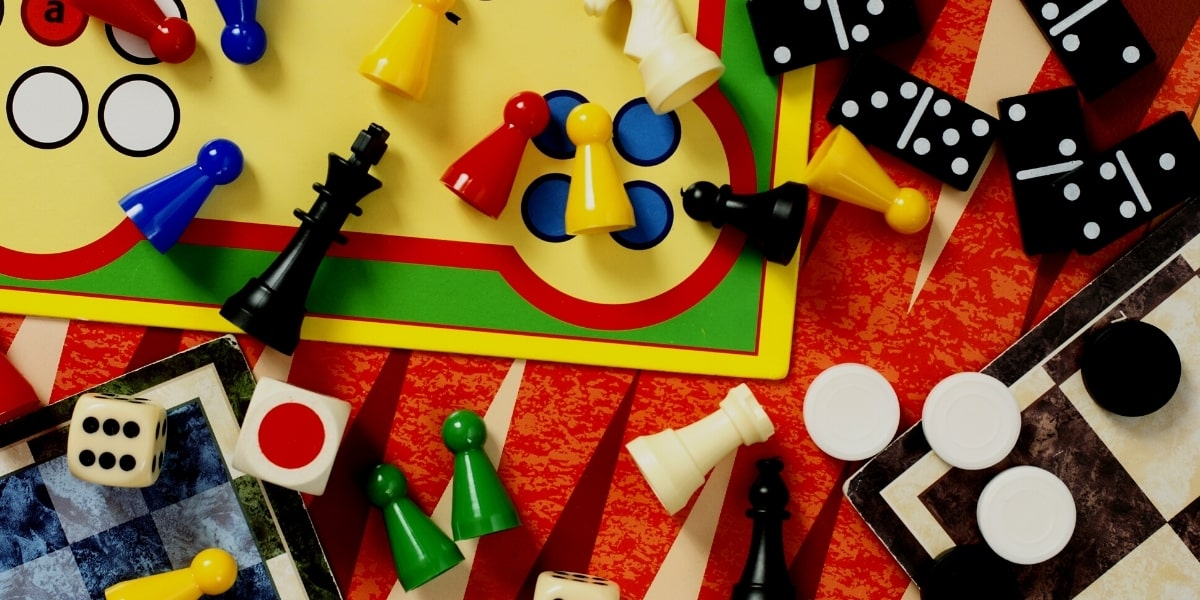