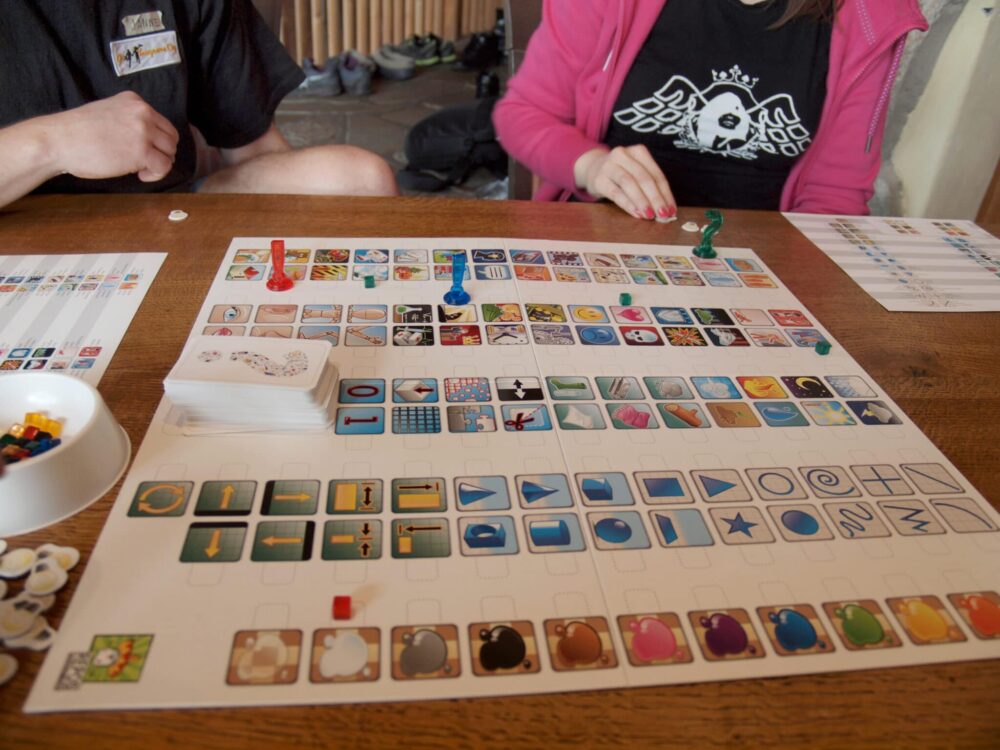 Are you ready to learn how to play Concept? Explaining the rules won’t take long at all, so let’s dive right in.

Here’s another one to add to your list of party games.

The Concept board game is a fresh take on a tried and true game idea; the guessing game. It’s a great option if you’re tired of playing charades – and who isn’t, really?

In Concept, teams of two players work together to try to get the other players at the table to guess a word or phrase from a card they’ve drawn.

Concept is quick to learn and a ton of fun to play – it’s a perfect candidate to pull out at any party or get-together, playing well with anywhere from 4 to 12 players.

Are you ready to learn how to play? Explaining the rules won’t take long at all, so let’s dive right in.

How to Play Concept 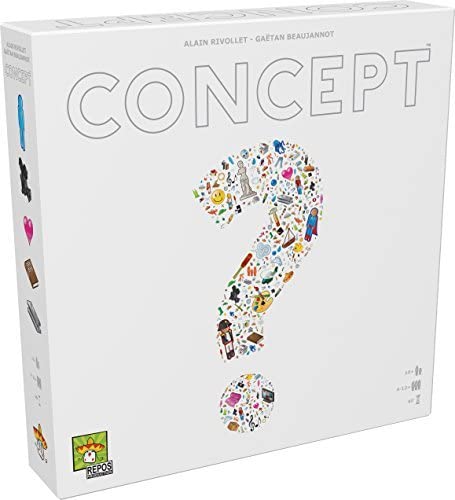 Setting Up to Play 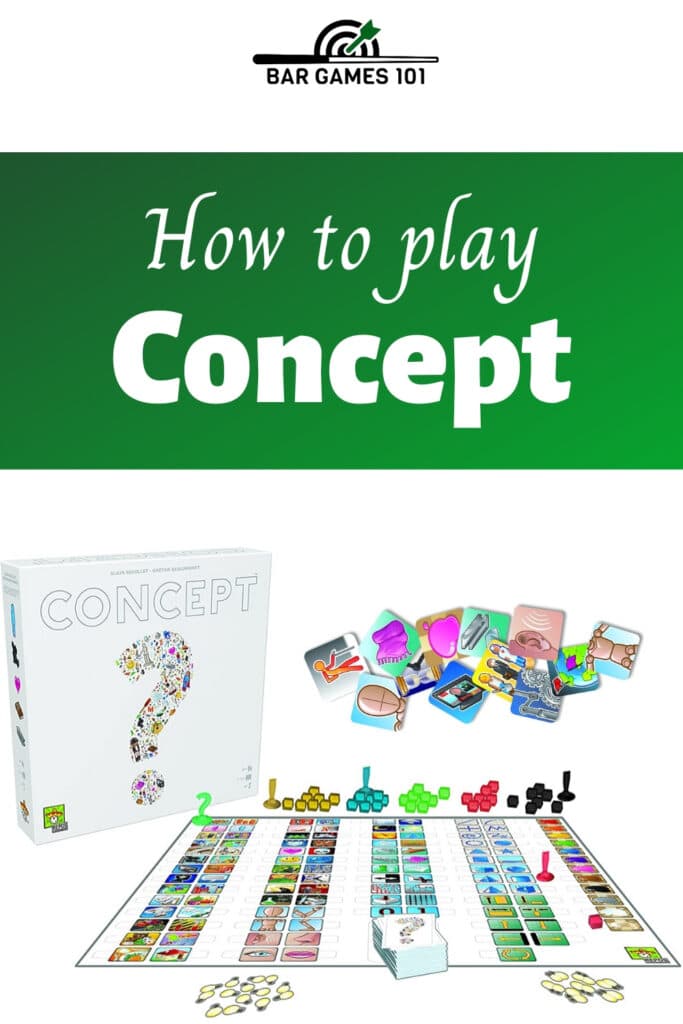 It’s a quick, no-fuss affair to set up a game of Concept.

Place down the game board where everyone playing has a good view of the icons. This is important, as they need to see the icons to be able to guess what the team is trying to communicate.

Put all the pawns and cubes in the storage bowl. Find a good place to lay out all your victory tokens.

Shuffle the concept card deck. You’ll be drawing from this as the game goes on, so put it somewhere everyone can reach. You could also pass the deck around along with the tokens for each team if you have a large group.

That’s it! The game needs very few components to run. With all this in place, all that’s left is for the players to decide who goes first.

The rulebook doesn’t offer a preferred method for deciding this, so it’s up to you how you choose the first team. Roll a dice, flip a coin, or settle the conflict through ritual combat – whatever is simplest. 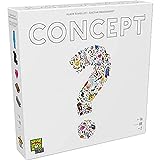 Whichever team of 2 players you have decided will go first draws a Concept card.

There are 9 words or phrases to choose from on each card, ranging from easy to very difficult to guess. The team should decide together on a word or phrase on the card, which they will try to communicate to the other players.

They can’t do this through any straight-forward means, of course.

Instead, teams must place their pawns and cubes on the different icons on the game board to try to communicate their concept to the other players.

Sound simple? It is, and it isn’t.

The green question mark pawn and the accompanying 10 green cubes are used to illustrate your team’s main concept.

You can use these in a straightforward manner, placing the question mark on the central idea of the concept and reinforcing that idea by placing green cubes on other images.

Let’s have an example: You want the players to guess milk, so you place the question mark on the water drop so they know they are guessing a liquid. Then, you place cubes on the food and the white icons on the board, to show that this is a white liquid you can eat. Hopefully, this is enough to get them to guess milk!

You can get much more abstract if you like, though you have to be careful about how others will interpret what you’re doing. It may be a clever connection, but that might not help anybody guess!

You can also get creative and do things like place multiple cubes on one image, or move cubes from one image to another. One strategy I’ve seen is moving a cube repeatedly towards an image to demonstrate motion toward something.

When you want to add another concept to the board, you can use the other color pawns and cubes provided to create sub-concepts for players to guess that might get them closer to your word or phrase.

You are not limited in how often you place or pick up cubes and pawns while trying to get players to guess. Things like the order you place down cubes can be important, so it’s okay to pick up and place back down cubes to remind players of that order!

You can also, at any time, sweep the board clean and start fresh with a new main concept. This might be a good idea if it’s clear the other players are way off track in their guesses.

The players can guess as many times as they wish. The team whose turn it is can only say “yes” when other players are on the right track with their guesses.

Otherwise, no communication of any kind – verbal or gestures – is allowed with the other players.

Team members are free to collaborate quietly about the concept they are trying to communicate to the other players. Both players can place cubes freely as they wish without regard for any kind of turn order. It might pay to make sure you’re on the same page before placing cubes all over the board, though.

If everybody is really struggling with the word or phrase and the team is ready to throw in the towel, they can choose a third player to help them. This player gets a share of the victory points when the word or phrase is guessed.

There is no extra bonus for harder words, it’s just for fun! It’s recommended to begin with easier words your first few games, but if you have a group that’s getting really good at the game it might be time to start working with the more challenging words!

When the 12 double victory tokens have been claimed, after 12 successful guesses, the game ends.

At this point, the player with the most victory points wins the game.

The rules for ending a game and winning are somewhat arbitrary in actual play, in my experience. Even the rulebook encourages you to throw out the whole points system and just play for the fun of guessing. You can easily just set up a game of Concept and play as long as it’s fun for everybody, without keeping track of any points at all.

If you want to live more competitively, though, the rulebook also offers up an alternative where more challenging words score you extra victory points for the team and the player that guess them.

However you prefer to play it, Concept is sure to become a centerpiece of your future game nights and social gatherings!