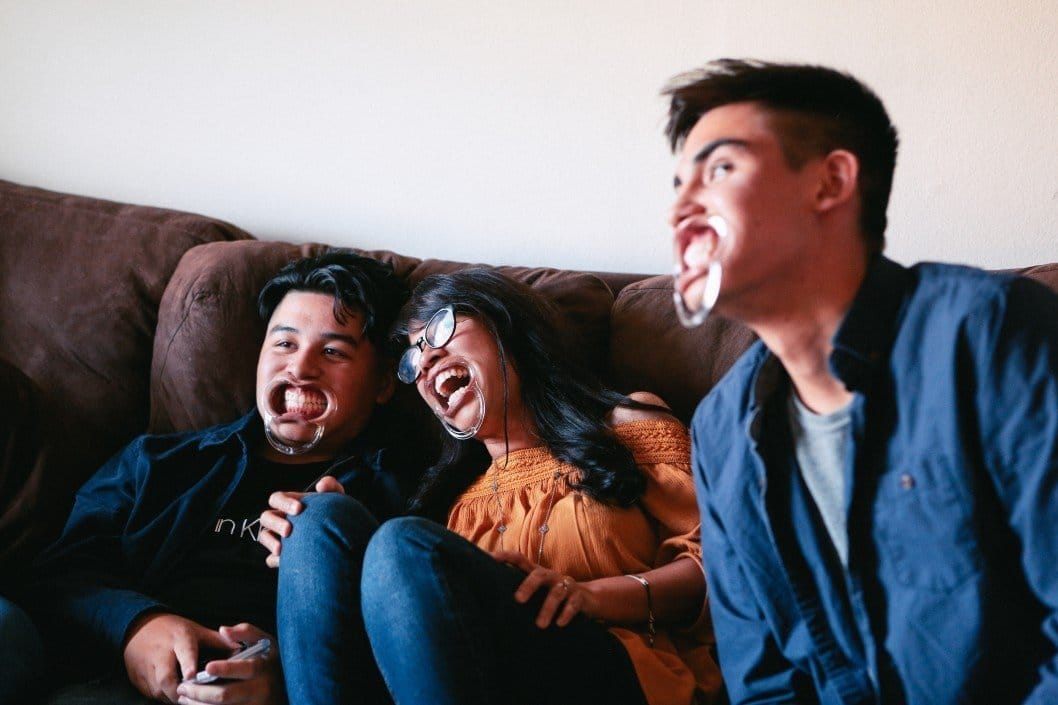 Ever since you were young, there’s a good chance that you preferred playing games that got you to stand up and take part.

After all, there’s something so much more fun about a game that engages your senses.

As we start to get a little older, it’s often tempting to leave silly games in the past. A wine tasting party doesn’t necessarily work very well with a game of hungry hungry hippos.

However, as any great gamer knows, there’s a time and a place for everything.

These are not bar games per se, and the sensory games we’re looking at today are not ideal for those dinner party nights when you want to impress your boss.

However, they’re great for house parties, playful group get-togethers, or nights at the when the booze (and fun) is flowing freely.

We bet at least one of these options will go down a treat at your next event! 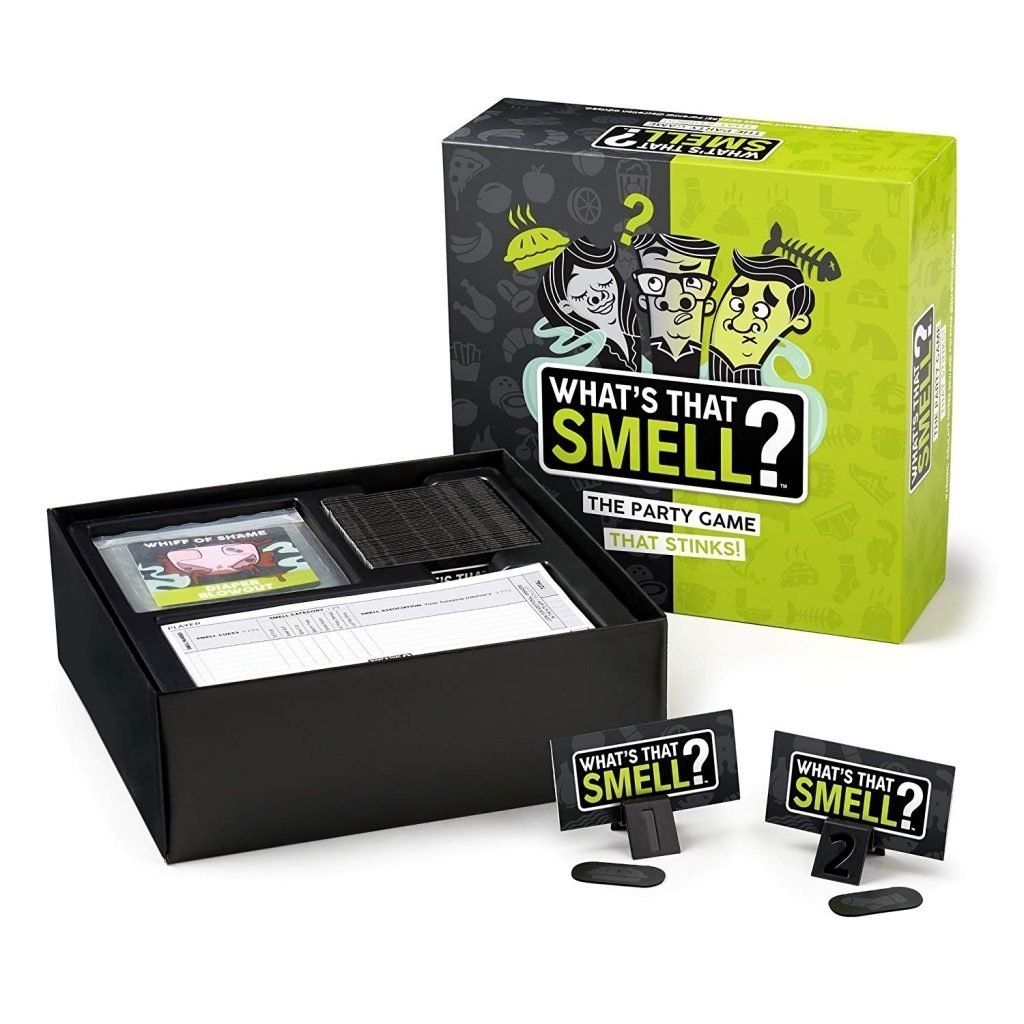 What’s that Smell is a unique game from games producer WooWee. It takes a cue from the “scratch and sniff” magazines of days gone by and asks you to smell your way to victory.

Essentially, all you need to do to win is guess the smells correctly before the timer runs out!

You’ll need between 2 and six players to get started. Grab your timer or smartphone and grab a whiff card.

Brush your card with a whiff strip (gently) and try and figure out what the odor is. When your time is up, you pass the smell to the next person to see if they can get it.

Keep in mind that some scents are genuinely terrible. It’s probably best to play this game before you start drinking, or when you know your stomach is settled. 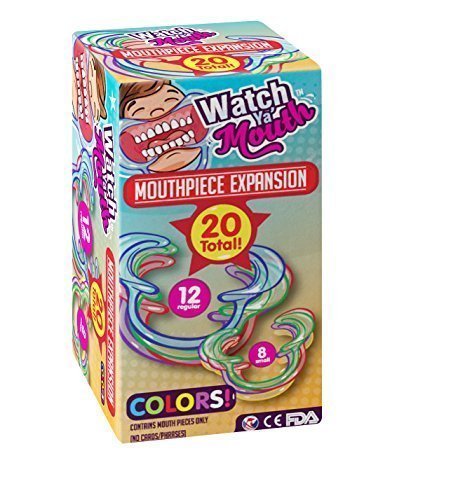 Watch ya Mouth is a game that puts your sense of hearing to the test.

If you thought you had trouble understanding your other half before, just wait until you start playing.

As one of the most popular games to hit the party scene in the last couple of years, people are obsessed with Watch Ya Mouth.

To play, grab a group of friends (four is best), and pop in a mouthpiece. It’s worth noting that the mouthpiece is pretty uncomfortable at first, so don’t be surprised if it takes you a while to get used to it.

Next, grab a card and say the phrase on it to your teammate.

The aim of the game is to help your partner understand what you’re saying for as many sentences as possible before the timer runs out.

Prepare for lots of drool, frustration, and laughter as you work your way through some pretty crazy phrases.

You’ll look ridiculous, but that’s part of the charm. 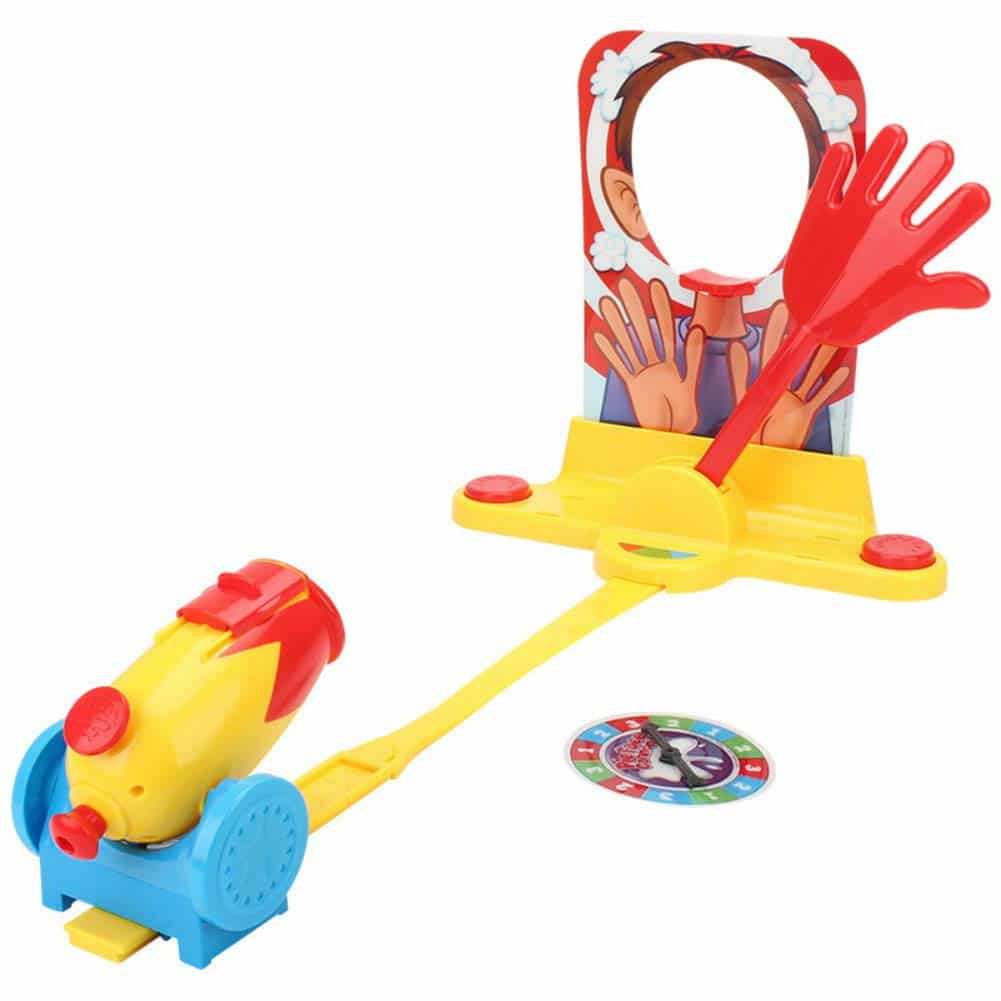 Pie Face is a game that, much like Watch Ya Mouth, has taken the world by storm.

It’s your luck that will be put to the test by this game, although your sense of taste might come in too, as you lick whipped cream off your face.

If you’ve never heard of Pie Face before, look on YouTube. There’s plenty of viral videos out there of minor celebs playing the game.

Essentially, it’s a lot like Russian Roulette (but a lot less dangerous).

In this game, you’ll load whipped cream onto a small plastic hand, and place your face into position.

Once everything is set up, you spin the wheel and crank the handle as many times as they’re told.

The game goes back and forward between people in the group until an unlucky person gets hit in the face with cream.

There’s also a version of the game called “Pie Face Showdown,” where you and a partner hit buttons at the same time to send the cream in the direction of the other player.

If the hand gets to the end closest to you, it will spring up and hit you with cream. This version of the game is all about speed and endurance.

Either option that you choose is sure to lead to plenty of fun and laughter on any game night. 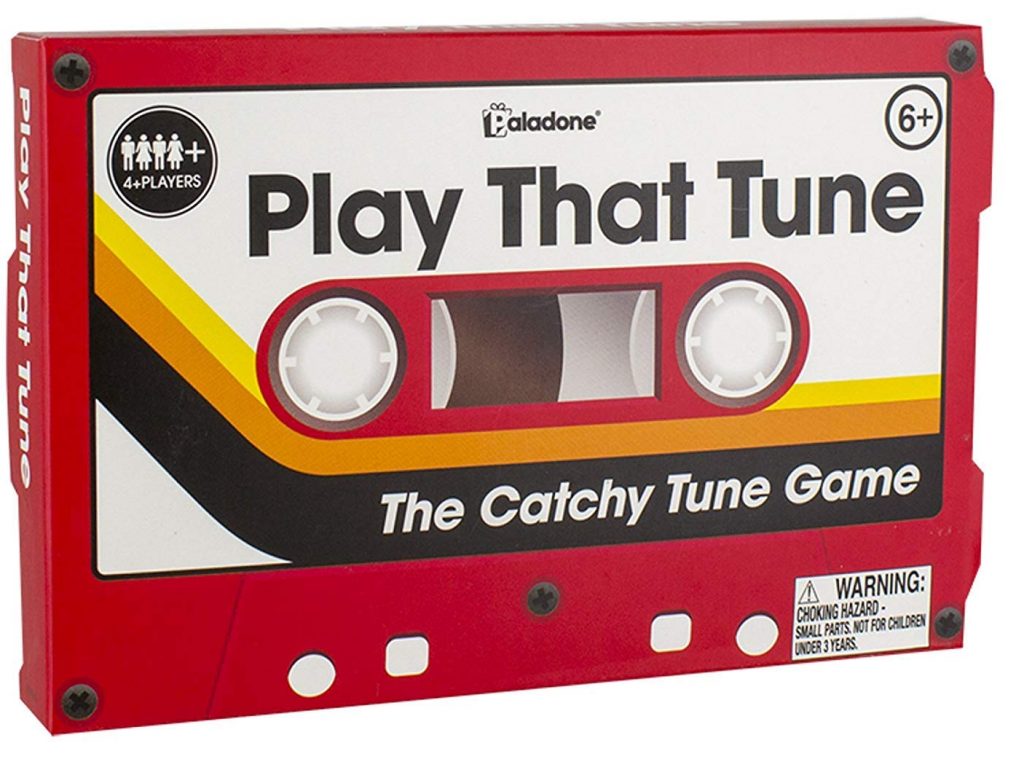 Consider yourself to be a master of all things musical? Then Play that Tune could be the game for you.

According to the manufacturer, Holland Plastics, it’s “Great for Dinner Parties.”

However, we think that it’s sure to go down a treat at any group function with a couple of bottles of wine.

The game comes with 150 cards with 150 tunes on them, as well as four kazoos, and 40 score counters.

Here’s how it works.

Players take turns to choose a card and play the song that they’re given on their tiny plastic kazoo.

Your tune probably won’t sound perfect – but do your best!

The first person to guess what you’re trying to play will win a point.

After a few ridiculous kazoo renditions of “The Lion King,” and “Singing in the Rain,” you’re sure to roaring with laughter.

It’s a game that all the family can play – including the adults. 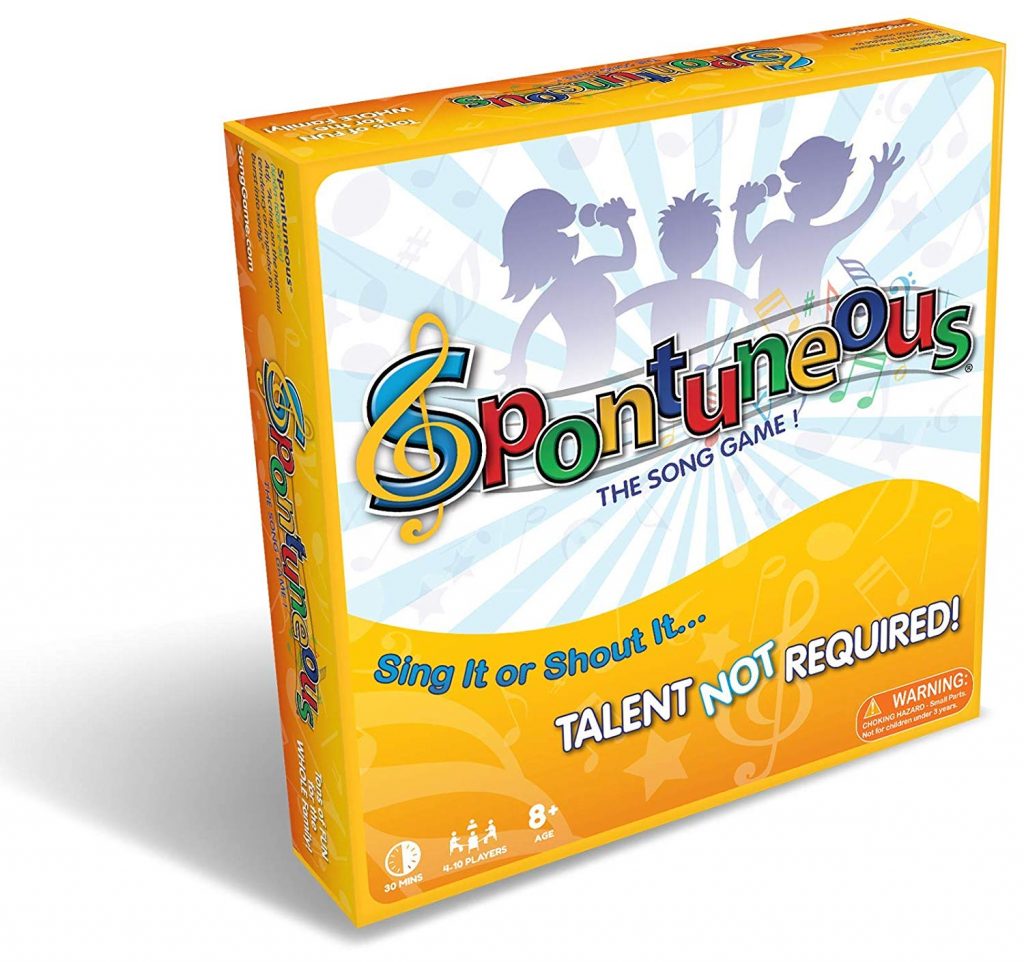 Another game that’s all about sound, “Spontuneous” is a must-have party favorite for your next game night.

This game is simple enough that anyone can learn how to play it – even after a couple of drinks.

It’s designed to provide you with hours of fun as you and your friends sing your favorite songs at full volume, with the help of a few trigger words.

Between 4 and 10 people can play at once, and it’s designed for ages eight and up.

It’s a lot like karaoke, but with a little more skill involved. One person says a trigger word, and everyone else has to think of a song that contains that word.

The first person to sing a verse with the word included gets the point.

It might not sound like the most ingenious game out there but trust us when we say it will put you in a fantastic mood.

A glance on Amazon is enough to show hundreds of 5-star reviews from people of all ages! Just don’t be afraid to show your musical side. 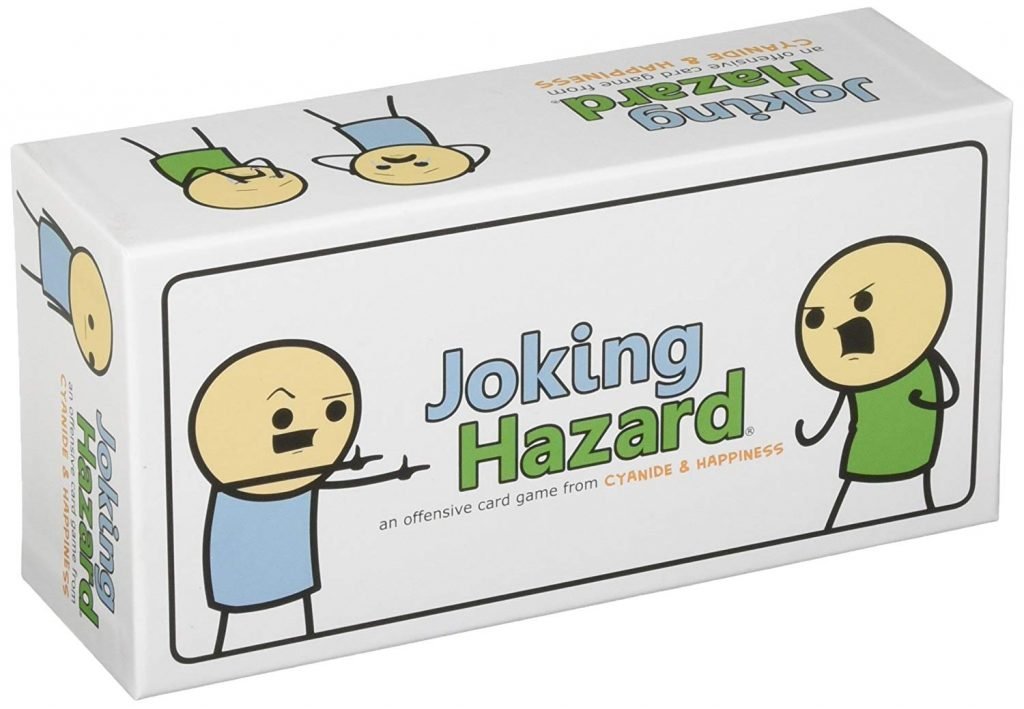 There are plenty of games out there that use the sense of “sight.” However, most of them probably don’t give you a chance to be a comic book artist too.

The great thing about Joking Hazard is that you don’t have to be able to draw to have a great time. Instead, you play a lot like you would with Apples to Apples or Cards Against Humanity.

The aim is to build a story out of comic panels.

As is usual with most adult-themed games, if you want to win, you might have to show your sketchier side.

This isn’t a game for the lighthearted, so be prepared to make up some pretty offensive stories on the road to success.

If you’ve ever checked out the Cyanide and Happiness comic strips, then you’ll know what we’re talking about.

Once you get into the flow of things with Joking Hazard, you’re sure to have plenty of fun.

Just remember to play with people who have a similar sense of humor to you! 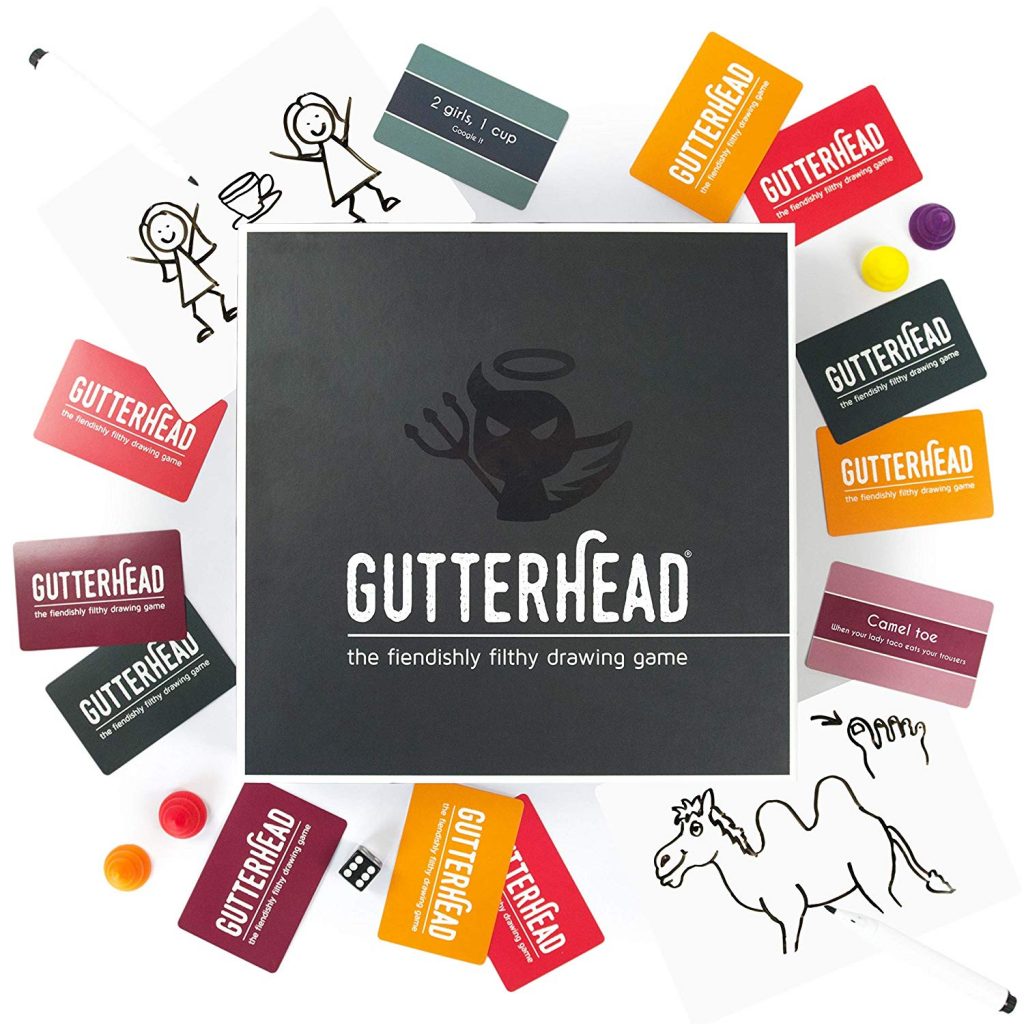 If you love the idea of Joking Hazard, but you’d prefer a game where you get to put your artistic skills to the test, then why not try Gutterhead?

Once again, unlike some of the sensory games on this list, this option is just for adults.

As an R-rated game, you don’t want your kids to be playing it.

Imagine what you’d get if you combined Cards Against Humanity with Pictionary, and you’d end up with Gutterhead. Teams compete against each other to win points drawing visual representations of dirty and mature words.

It’s probably one of the best games for your pre-drinks party, and it goes down well at bachelor or bachelorette parties too.

If you want the night to go to the next level, there are rules included in the Gutterhead box for a drinking version of the game.

We advise being careful with this option when you’re first getting started, as things can go wild very quickly.

Enjoy Your Next Game Night!

There you have it! 7 fantastic games sure to delight your senses and leave the whole group laughing at your next game night.

Whether you’re looking for a way to break the ice at a Christmas party, or you want to get the evening off on the right foot before a night on the town – these titles are sure to deliver plenty of fun.

Are there any sensory-engaging games that we’ve missed on our list?

Let us know your favorites in the comments below!