If you’re looking for a fun card game you can quickly learn and play while killing some time indoors, this is a good one. It’s called 6 card golf, and you’ll know how to play it in no time.

First, get some paper and a pencil, because you’re going to need to keep score with this one.

What is 6 Card Golf?

6 Card Golf is a matching card game for two to six players. For two to four players, Golf requires a standard 52 playing card deck with two Jokers. For five to six players, Golf requires two standard 52 playing card decks with four Jokers. This guide gives a quick run down on the two to four player version, and it’s easy to add cards and players once you know the basics.

The game is suitable for ages 8 and up, so it’s definitely in the “family card game” genre.

Just like actual golf, the objective of the golf card game is to have the lowest score after nine “holes” (a hole in the case would be a single round that is scored).

This article focuses on the rules for 6 card golf, but you can play other variations with 9 or 12 cards as well. Let’s get into the details.

How to Play 6 Card Golf 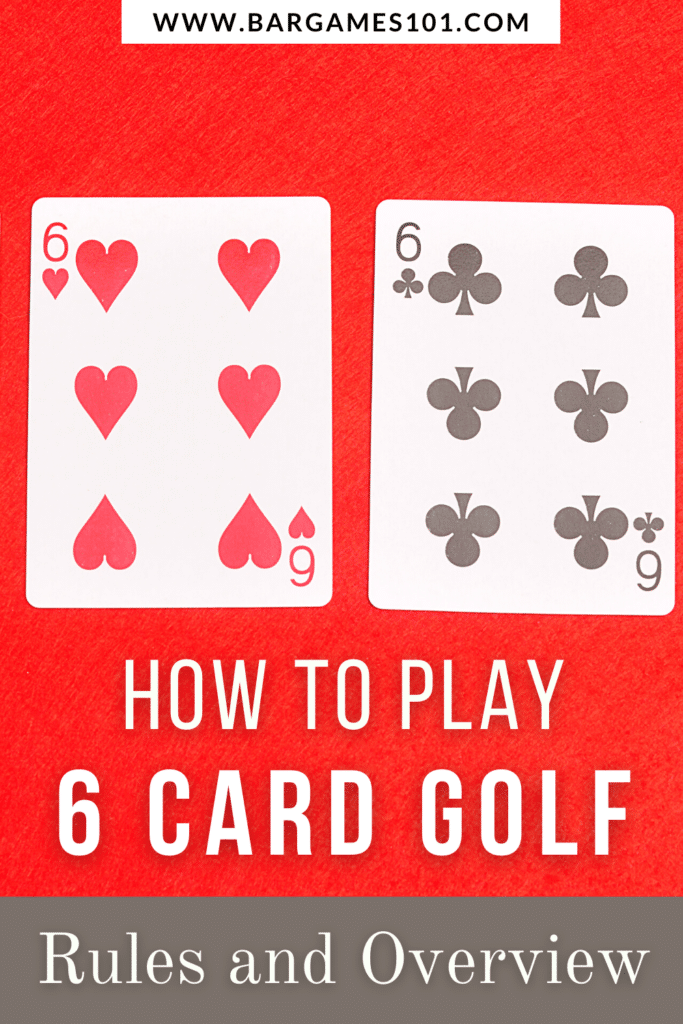 To start, get set up around a table and choose the first dealer. An easy way to choose the initial dealer is to each draw a card from a shuffled deck. The highest card gets to deal first. If you have a tie, just redraw to determine who wins.

The dealer then gives the deck another good shuffle and deals out 6 cards to each player. The cards should be dealt face down. Players will then arrange their cards in 2 x 3 grids, with two cards facing up, like this: 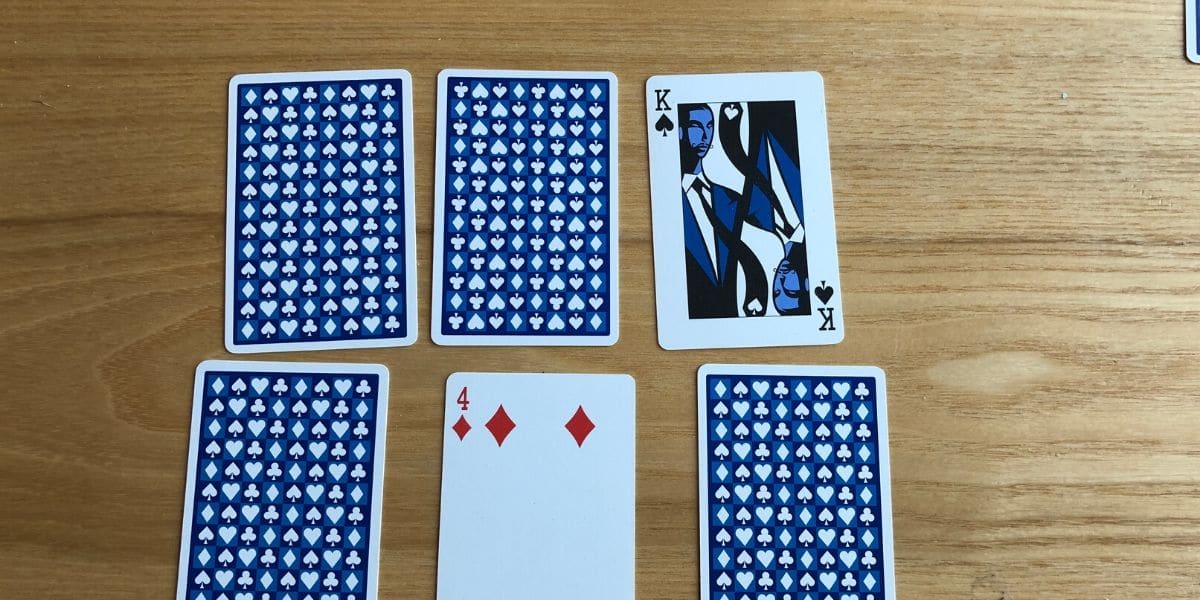 The remaining cards are placed in the middle of the table and become the stock pile.

Now draw one card from the stock pile and place it face up to the side. This is the discard pile.

You will be drawing and exchanging cards from both the stock and discard piles throughout the game.

Remember, the object of Golf is to have the lowest possible score. So before we start playing, let’s go over the point values for each card:

A game of 6 card golf begins with the player to the left of the dealer and proceeds clockwise around the table.

For the first turn, each player already has two cards flipped over. They can then try to lower their score by drawing a card from either the stock pile or the discard pile.

For each subsequent turn, you can keep trying to lower your score by swapping out a card from your grid with a card from the discard or stock piles. When you take a card from the piles, that card gets placed face up in your grid, even if you’re swapping it for one of your face down cards.

Keep playing in this manner until one player has all 6 cards showing face up. At this point, all players have one more turn and then that round ends. Then all players flip over their cards and tally up the score for the round.

Record your points on the score sheet and reshuffle the deck to start the next round, rotating the dealer clockwise each round.

The player with the lowest score after 9 rounds wins the match.

You can also extend this game to 18 rounds if you have some more time to kill. Totally up to you.

If you run out of cards in the stock pile during a round, simply shuffle the discard pile and use that as the new stock pile, flipping the top card over to form a new discard pile.

Like we said, this one is fun and easy. But it requires some strategy and quick thinking; hallmarks of a good card game for all ages.

Check it out and let us know what you think. 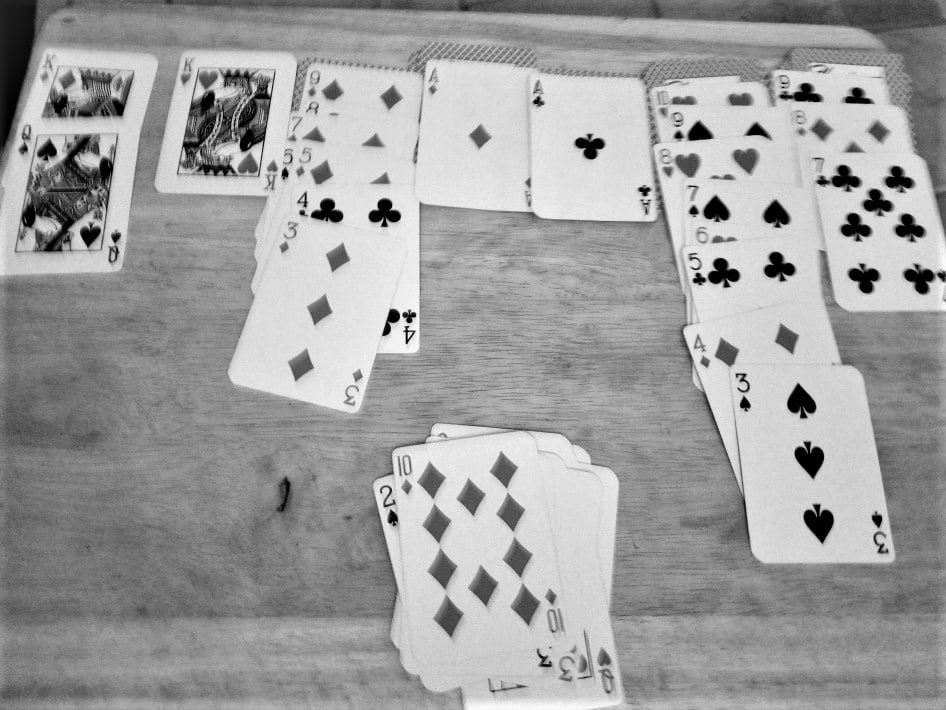