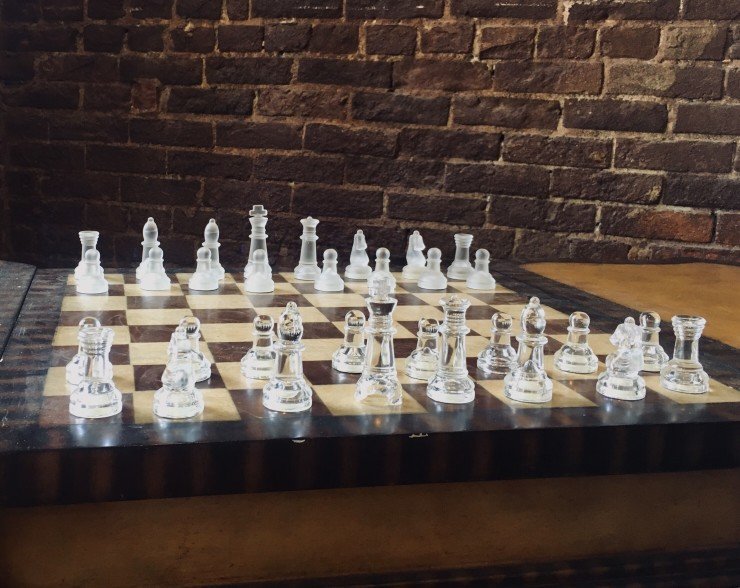 All of these games are heavily focused on making well thought out strategic moves.

Solitaire online may be a little more luck based, as is mahjong online, but both still appeal to chess lovers because they require a lot of thoughtful planning.

Luckily for you, there are a lot of tips you can find online to really up your playing strategy and make some great moves.

Even if you find that you often are the winner in your game of chess, there is always another tip out there to make you an even more formidable opponent.

With that in mind, here are some pro tips to remember if you really want to dominate your game of chess.

How to Win at Chess

When you’re making your opening moves, the way to move from a novice level player to an advanced level player is going to involve making a plan early on.

You need to focus on more than just getting your pawns out there and in play.

Think about how your pieces are going to move as a team to be a bigger threat to your opponent’s pieces.

A pawn alone isn’t going to do much, but if you plan things out and stick to that plan they will be an effective part of your team of pieces.

Try to think of your moves in terms of a group instead of each individual piece.

As one piece nothing is much of a threat, but if you send several pieces to attack the same piece together in a planned out strategy you’re likely to do very well.

The more you plan things out and think ahead, the more you’ll be able to accomplish.

Yes, you’ll have to make adjustments as your opponent plays, but don’t deviate too far from your original strategic moves.

You can accommodate your opponent’s moves while still sticking to the main idea of your plan. Think ahead, and react in a manner that keeps your plan of attack in mind.

2. Get Into Your Opponent’s Mindset

When your opponent makes a move, ask yourself why they moved where they did. In chess, it’s unlikely that any move made is meaningless.

Take a few seconds to see what the move means to your own pieces.

Is something threatening your pieces that you didn’t see right away?

There’s always a reason your opponent has made the move they chose to make.

Remember that even though you have a plan, so does your opponent. Try to watch their moves and figure out their plan.

If you get inside their mind and see what they’re trying to do you can play a better defense.

Instead of reacting right away, it’s okay to take a few seconds and think about what they’re telling you with the moves they’re making. See how it will help you win.

3. Lose Your Pieces In A Smart Way

The game won’t be able to advance if this doesn’t happen. The key is to make sure you’re losing your pieces wisely.

Don’t stress out over losing pieces that aren’t worth as much. If you have to lose a pawn to save your queen, it’s worth it.

If you sacrifice your pieces in a smart way you’ll still be working towards a victory even as your opponent takes your pieces.

Keep in mind what pieces they’re willing to take. Remember the last tip.

You should be using the pieces they jump at the chance to take to get into their mind. Figure out why they were so willing to take a lower value piece and see how it might play to their advantage.

Make small adjustments as needed using that information to learn how to win at chess.

When you’re down to just a few pieces (your endgame) your pawns do start to become less of an easy to sacrifice piece.

If you can get your pawn to the farthest row away from you, it will become a queen.

In the endgame part of your chess strategy, this is a big deal. It’s much more valuable to have a queen than a pawn.

With just a few pieces left, it becomes more important than ever to stay mindful of your opponent and their moves.

If they aren’t playing a great endgame keep pushing your plan. This is the time to really attack and make big moves.

Use your king if you need to, just don’t allow him to get checked.

A game that wasn’t going well can still be a game salvaged if you’re aggressive and smart about your endgame moves.

Adjust your original plan if you have to, but only after you’ve seen what your opponent is doing with their final moves.

You’ll be surprised how much of a difference playing a great endgame can make to your win to loss ratio.

Remember what you learned when you first started playing chess. Don’t forget how pieces can move, or which pieces are more valuable.

It’s easy to get involved in advanced game-play suggestions and make a very basic mistake.

The pro chess player keeps an eye on their strategy and their basics.

You can’t learn how to win at chess if you make simple mistakes, and making those basic mistakes can cause your opponent to view you as inexperienced.

Chess is a very mental game, so letting your opponent feel more confident is a strategic mistake even if you can’t see it on the game board.

Upping your game when it comes to chess can be a lot of fun. Seeing your strategies improve over time is the mark of a great chess player. Remember what you’ve read here and take the tips to heart.

Use them the next time you play at the bar or even in a practice round against yourself.

Don’t get discouraged if it takes a few tries to get more advanced strategies down pat. It will be worth the effort when you can start shocking your opponents with your newly perfected moves.